All the Types of Knives Ever Made

There are many types of knives around and it is easy to get lost in the details. This post will give you a good understanding of how knives are organized, how they are used, and which knife should you reach for to do a certain task.

Trust me, after you’ve read this post, you will know all about how knives are organized so that you can feel like a knife expert. Never reach for the chef’s knife when you really need a boning knife again.

Knives are Categorized by Purpose

Knives have been around since the begging of man. They can be used to prepare food, dress game, combat, and work. Within these broad categories, we can distill further the specific uses of a knife.

Besides kitchen uses, there are knives that are used on the job site or around the house. This category contains a long list of knives that are relevant only to certain professions or tasks.

This is a sharp knife that has a sturdy, heat-resistant handle. The handle fits within a sturdy sheath and the sheath has a strap to be attached to the leg. This knife is used underwater.

This knife has insulation to protect the user against electrical shock. It resembles a pocket knife. Some electricians prefer to use insulated pocket knives.

This is a knife that has a retractable blade. It is also called a utility knife. The blade is refillable and can be used to cut carpet and other tough materials. Similar knives are also used by tailors to cut fabrics. 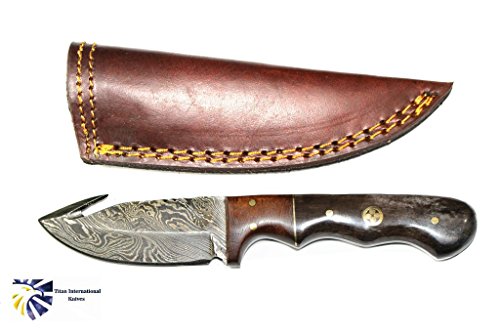 These knives are used by hunters to gut game. It is a fixed blade knife that has a good grip. Some versions of these knives also have gut hooks. Hunter knives are sometimes painted in camouflage.

A scalpel is a knife used in medicine to cut open patients. It is very sharp and made of high carbon steel. Scalpels are sterilized and can be available to individuals in high-end medikits.

Often called Gerbers or Leathermans, these knives combine multiple tools into one utensil. Some contain pliers, screwdrivers, and can openers. They are usually placed in belt carriers.

A machete is a long, heavy knife used to cut trees, limbs, and coconuts. It is also used to gather firewood and sometimes used i the kitchen. Machetes are popular all over the world and each region has their own version of the machete. The latin Machete comes from Latin America whereas the Parang is a Malaysian machete.

A kukri is a middle Asia knife that is weighted at the front. It gives the user more downward force and power. Large kukris can be used to chop down tree limbs. Kukris are excellent chopping tools.

A Balisong, also called butterfly knife, is a traditional work knife from Balisong, Philippines. It allows the worker to open the knife with only one hand while the other hand can be free. It uses two handles that are attached to a pivot point. By flicking the wrist, the user can expose the blade. Balisongs are also a popular recreational activity since flipping them is fun.

This knife is used in art to do detailed cuts. The blade is replaceable. X-Acto knives are also popular in architect to create miniature models.

These knives are small knives that can fit in your pocket. The blade folds into the handle. Some pocket knives allow the user to lock the blade into the open or closed position. A type of pocket knife that can go into the open position with only a press of a button is called a switchblade.

This is a type of knife used in the outdoors. Some versions have compartments in the handle where you can store survival gear. It may also include a whistle, fire starter, or small reflective device.

The trench knife is a hybrid between a bayonet and brass knuckles. It allows the user to stab, slash, and punch with one tool. The trench knife appeared during WWI. Trench knives are illegal is a few states nowadays.

The bayonet is a knife that attaches to the front of a rifle. It gives the soldier a sword-like tool with which to thrust. Bayonets are not very good slashing tools since most of the damage is done by thrusting. You can use your rifle’s length to parry the other’s rifle. The last bayonet attack was done by the British against rebel forces in Afghanistan. The British took zero casualties.

A tactical knife is a modern day fighting knife that is also designed for utility roles. You can open a box of MREs with it as well as use it to kill the enemy. A good example is the Ka-bar.

A tactical ax is a small bladed weapon attached to a handle. It is often used by the military and police to cut down doors, barriers, and vehicles. It is also used as a hand-held weapon in close combat.

Some knives are used for fun and only fun.

Knife throwing is a popular sport. Throwing knives are well-balanced knives that are between 6 and 12 inches long. The blade is not sharp but they do have a sharp point.

Throwing stars are a variation of throwing knives. Instead of being long, the knife is shortened into a circular shape.

Cooking knives are designed to work in the kitchen. This means that they are usually stainless steel instead of carbon steel (to prevent rust since a kitchen is a wet environment). They are also usually flexible because chopping is a hard task. They are made to have a handle that won’t slip when wet. The handle must also be constructed in a way that would be easy to clean and not harbor food, microorganisms, and dirt.

If you could only have one knife in your kitchen, make it a chef’s knife. It is also called a cook’s knife in some areas. This knife is great for almost every kitchen job. It is 8-12 inches long and is good for chopping, cutting, slicing, and dicing. A kitchen knife has a gradual slope so that you can rock it back and forth when chopping vegetables. Chef’s knives are also non-serrated.

This is the second most useful knife in the kitchen (unless you are a vegetarian). It is similar to a chef’s knife but just a little bit smaller. It is also somewhat more flexible. The boning knife is designed to remove meat from bone, filet fish, and cut up chunks of meat. Note that it was not designed to cut through bone–a clever is used for that. Some people with small hands enjoy chopping vegetables with a boning knife better since it gives them more control.

A cleaver is used by butchers to cut through meat and bone. It is a big knife with a very tall blade. It is heavy so that it will add power to the butcher’s swings. A cleaver is good for tasks such as cutting the heads off of fish, cutting through thick bones like the humerus, and some people also use the back side or handle of the clever to mince garlic.

A bread knife is a long knife that is serrated. It is designed to cut soft bread without having to push down on the bread. This prevents the bread from getting squished. It uses a sawing action to do this. A bread knife also produces fewer crumbs compared to a normal knife for cutting bread.

This is a very small knife whose blade is about 3-4 inches long. It is used to prepare fruits and vegetables. It is also used to prepare garnish such as flowers made out of tomatoes or swans made out of potatoes. A paring knife is very light and it can easily fit in anyone’s hands.

This knife is used to carve roasts, turkeys, and breasts. It can be mechanical or automatic. It is usually serrated and long. It uses the same sawing motion as a bread knife. Out of all the knives in the kitchen, this is one of the least used ever.

Those Knives that No One Ever Use

Besides the ones listed above, there are other knives that I know about and, even though I used to be a professional cook, have never used or never needed to use. These knives are so specific that it’ll be more work trying to find where you placed that knife in the kitchen than to just use a chef’s knife that you have nearby.

These knives include things like shrimp knives (for gutting shrimp), oyster knives (for opening oysters), lettuce knives made of plastic so the edges won’t go brown (you can just use your hands and rip the lettuce, same results), sandwich knives (I just use a chef’s knife), and even a grapefruit knife designed to specially cut grapefruits.

If you are wondering, no, you don’t need these knives in your kitchen. A chef’s knife can do the job the majority of those knives do.

And that’s it! All the knives I can think of. I might have missed a few, if I did, tell me in the comment box below. Also, if you feel any of the descriptions were wrong, let me know as well.

20 comments on “All the Types of Knives Ever Made”