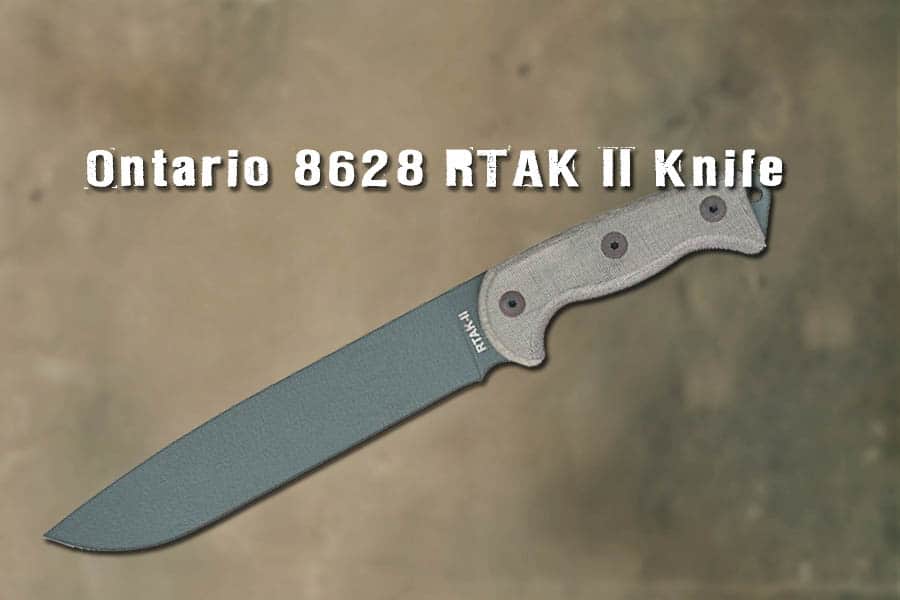 The Ontario RTAK II by the Ontario Knife Company is a superior fixed blade survival knife that is designed to be durable enough to withstand the wear and tear of constant use. Survival knives are generally longer than other types of knives since they are designed for heavier jobs such as cutting and shaping poles for makeshift shelters or cutting a piece of wood to create an improvised spear. The best survival knives are also usually made with carbon steel that has a powder coating to prevent corrosion. Carbon steel is easier to maintain in the field while holding its edge longer than other grades of steel. 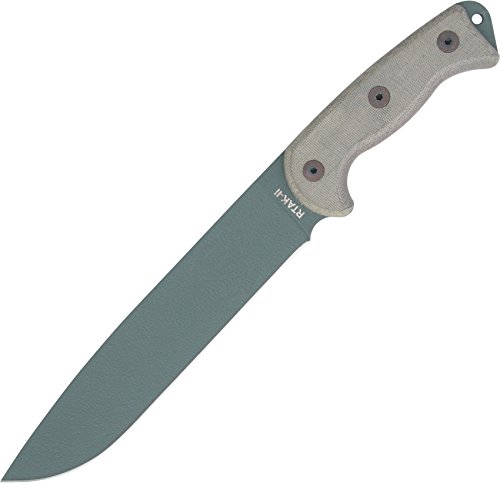 See Latest Pricing and Availability of the RTAK II at:

About the Ontario Knife Company

Despite its name, the Ontario Knife Company was actually founded in Ontario County in New York in 1889. Its founders, Charles Albert Brace, William B. Ensworth, and William Maudsley started out by making knives on a waterpower-operated grindstone and selling them on pushcart to neighboring counties. By 1902, the growing company had relocated to its current home in Franklinville. At present, it has gained a reputation as one of the most innovative knife manufacturers in the industry, and its high-quality knives have become standard issue for the US markets as well as being popular among outdoorsmen and culinary professionals. Its product line ranges from the famed Old Hickory Kitchen Cutlery to its Sci-Med Instruments for scientific and technical uses.

The Ontario RTAK II is a 17-inch plain edge blade designed by Jeff Randall, founder of the professional survival training team Randall’s Adventure and Training. Its outstanding features include:

On Amazon, the Ontario RTAK II has an average rating of 4.5 stars out of five, with an overwhelming majority of reviewers giving it a five-star ranking. Reviewers cited the knife’s high utility during camping trips as it easily chops wood for making fire and setting up shelters. In addition, the knife is versatile enough for a variety of uses, including as a machete. The only downside that they cited with this knife is that it is rather long and heavy, but if you have it, you can leave your camping hatchet behind to reduce the amount of weight you have to carry around.

The No products found. is a highly-functional knife that is also versatile enough to be used for a variety of jobs. Compared with other knives in its class, it is relatively affordable so you won’t hesitate to use it for rough work. The Ontario RTAK II is tough enough to take it and continue to provide high performance. The rating for the Ontario RTAK II is four and a half stars and it is a great survival knife.