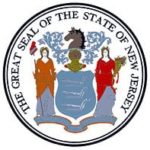 New Jersey knife laws are wordy and oftentimes difficult to understand if one does not have formal legal education or training. This article takes New Jersey code and case law concerning knife ownership and carry and puts it into a language that makes it easy for anyone to understand what is legal and what is not.

A conviction for aggravated assault, arson, burglary, escape, extortion, homicide, kidnapping, robbery, aggravated sexual assault, sexual assault, bias intimidation, possession of a prohibited weapon, possession of weapon for an unlawful purpose, manufacture or transport of a prohibited weapon, unlawful possession or sale of a controlled dangerous substance, or endangering the welfare of a child prevents a person from owning certain types of knives in New Jersey.

The New Jersey legislature has defined weapon as anything “readily capable of lethal use or of inflicting serious bodily injuryÂ”. It further states that the term includes gravity knives, switchblade knives, daggers, dirks, stilettos, or other Â“dangerousÂ” knives. In 1982, in State v. Brown, the New Jersey Appellate Court found that a person does not need to intend to use a knife as a weapon in order for it to be considered a dangerous knife, and therefore a weapon. This decision can make it difficult for a person to determine if a particular knife is legal to own, as it could be considered a dangerous knife, even if the owner has no intention of using it to harm another. However, because New Jersey law allows for the possession of a dangerous knife, by those who have a legal purpose for owning them, any knife may be considered legal if owned for a Â“lawful purposeÂ”.

The phrase Â“lawful purposeÂ” was challenged in State v. Blaine, when Mr. Blaine was discovered carrying a folding knife with a 4 inch blade. The Court reasoned that because the knife carried by Mr. Blaine was not a gravity knife, switchblade knife, dagger, dirk or stiletto, those knives specifically mentioned by new Jersey statute as weapons, the defendant may escape a guilty finding, if the state cannot prove that he carried the knife for an unlawful purpose. As such, because there was no proof that Mr. Blaine did not carry the knife for a lawful purpose, he could not be found guilty of carrying an illegal weapon. The Blaine Court cited State v. Lee, in which the legislatureÂ’s intent, when enacting the law prohibiting the carrying of certain knives, was examined. In Lee, the Court described this intent as addressing:

Â…the situation in which someone who has not yet formed an intent to use an object as a weapon possesses it under circumstances in which it is likely to be so used. The obvious intent of the Legislature was to address a serious societal problem, the threat of harm to others from the possession of objects that can beÂ used as weapons under circumstances not manifestly appropriate for such lawful uses as those objects may have. Some objects that may be used as weapons also have more innocent purposes. For example, a machete can be a lethal weapon or a useful device for deep sea fishing.

In 2000, the New Jersey Supreme Court further clarified Â“lawful purposeÂ” in State v. Burford, by describing two categories of deadly weapons as well as a third category of weapons, that it said may take on the characteristics of a deadly weapon, but that may also have a wide variety of lawful uses. The Court said that when determining whether a defendant possessing a weapon that falls within this third class of weapons is guilty of the unlawful possession of a deadly weapon, one must look at the circumstances under which it is possessed.

Exceptions to Unlawful Possession of a Knife

New Jersey statute does not impose any restrictions on the carrying of any legal knife. However, if a defendant is found carrying a gravity knife, switchblade knife, dagger, dirk, or stiletto (those knives specifically mentioned by New Jersey statute as a weapon), he or she may be charged with possession of a dangerous weapon, if there are circumstances which may lead one to believe that the knife is being possessed for an illegal purpose.

New Jersey code, 2C:39-1 defines a gravity knife as any knife that has a blade, which is released from the handle by the force of gravity or the application of centrifugal force (spinning the knife around). It also provides a definition for the term switchblade knife, which means any knife or instrument that has a blade, which opens automatically by pressing a button, spring, or other device on the handle. A ballistic knife, according the New Jersey statute is a weapon or other instrument capable of lethal use and which can propel a knife blade.

New Jersey code 2C:39-2, provides that when a weapon is found in a vehicle, it will be presumed to be in the possession of all of the occupants of the vehicle unless:

1. It is found on the person of one of the occupants, then it will be considered to be in his or her possession, OR

2. The weapon is out of view of the occupants (such as in the glove box), then it will be presumed to be in the possession of the person having access to such space, (the driver, owner, or person who rented or leased the vehicle), OR

While persons who have been convicted of certain crimes or who are mentally ill may not possess dirks, daggers, switchblades, stilettos, or gravity knives, anyone else may own any type of knife they wish, as long as they have a lawful purpose for owning it, and do not intend to use it to harm another or his or her property.

New Jersey knife carry laws are quite unrestrictive, allowing for the open or concealed carry of any legal knife.

The laws in New Jersey are very vague about when it is legal to possess or carry a dirk, dagger, switchblade, stiletto, or gravity knife, and anyone carrying any of these knives in New Jersey should be very careful to avoid any circumstances, which may indicate that he or she is not carrying the knife for a legal purpose.