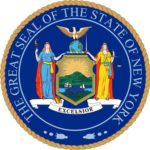 New York knife laws are confusing and at times appear to be contradicting. This article shows you what the nyc knife laws actually say, and ties them all together with the relevant Court decisions, in order to give you an easy to understand run down of ny knife laws, and what is legal in New York.

If you are looking for specific laws in New York City, please read THIS.

NOTE* – Until May 30, 2019 it was illegal to own a gravity knife, but this restriction was repealed in May of 2019 so gravity knives are no longer on the restricted knives list.

IMPORTANT NOTE: New York CITY has knife laws that are not applicable in the rest of New York State.  Until May 30, 2019, over 4,000 people were arrested each year in New York City for possessing a “gravity knife.”  The problem is that the New York new knife laws says that any law which can be opened by a flick of a wrist is illegal in New York City.  For more on this issue, check out this video and check out the Administrative Code.

A person is guilty of criminal possession of a weapon in the fourth degree when:

(2) He possesses any dagger, dangerous knife, dirk, razor, stiletto, imitation pistol, or any other dangerous or deadly instrument or weapon with intent to use the same unlawfully against another; or…..

The law provides that when a person is found in possession of a dirk, dagger, or stiletto, there is a presumption that the possessor intended to use it as a weapon against another. This presumption can be rebutted in Court; however, a person can still be arrested and charged with a crime, even if he or she did not intend to use the weapon unlawfully against another.

The determination of whether a person intended to use a knife against another may be left up to a jury, and a person still arrested and charged with crime, even though he or she did not intend to use the weapon unlawfully. In People v. Richards, the Court found that because Mr. Richards had not brandished the knife he was carrying, nor had he threatened to use it for any unlawful purpose, but told the arresting officer he had the knife for self-defense, he could not be said to have the intention of unlawfully using the knife. Because self-defense is a justifiable reason to use a weapon, it is therefore not an unlawful one, and Mr. Richards conviction for criminal possession of a weapon was reversed.

The New York legislature defines a switchblade knife as any knife with a blade that opens automatically by pressure applied to a button, spring or other device in the handle of the knife. A gravity knife is defined as any knife with a blade that is released from the handle by the force of gravity or the application of centrifugal force and when released, is locked in place by a button, spring, lever or other device.

A pilum ballistic knife is defined as any knife with a blade that can be projected from the handle by pushing a button, spring, or other apparatus on the handle of the knife.

A cane sword is defined as a cane or swagger stick having concealed within it a blade that may be used as a sword or stiletto.

In the case of In re Jesse QQ, the Court found that the defendant’s weapon was a dirk knife under the dangerous weapons statute. The knife had an over-all length of 23/4 inches, a blade the size and shape of an arrowhead, with one edge sharpened and serrated, and the handle was designed so that it fit into the palm of the hand with the blade protruding between the middle fingers.

Exceptions to Illegal Ownership or Carry

It is legal to possess a switchblade or gravity knife, while hunting, trapping, or fishing with a valid hunting and/or fishing license.

Knives Found in a Vehicle

When a gravity knife, switchblade knife, pilum ballistic knife, metal knuckle knife, dagger, dirk, or stiletto is found in a vehicle is presumed to be possessed by all of the occupants of that vehicle, unless it is found on one of the occupants. If the vehicle is one for hire, such as a cab, then the weapon is not presumed to be possessed by the hired driver. While the presumption is rebuttable, meaning a defendant can prove in court that he or she did not intend to use the instrument as a weapon against another. However, you may still be arrested and charged with criminal possession of a weapon, even if the weapon is one that is legal to own.

It is illegal to own a switchblade, pilum ballistic knife, cane sword, or metal knuckle knife in New York.

It is legal to possess a switchblade or gravity knife if using it for hunting, fishing, or trapping, as long as the person possessing it has a valid hunting and/or fishing license.

It is illegal to carry a dirk, dagger, or stiletto with the intent of using it unlawfully against another.

It is legal to own and carry a gravity knife.

New York does not have concealed carry laws, and therefore it is legal to open or conceal carry any legal knife.