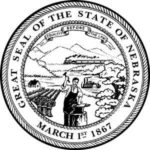 Nebraska knife laws can be found in vaguely worded statutes and interpretative case law, which can be confusing and unclear. This article will help clarify some of the statutes and translate the law into more concrete terms so that anyone can understand what is legal and what is not legal in Nebraska.

(1) (a)Â Except as otherwise provided in this section, any person who carries a weapon or weapons concealed on or about his or her person, such as a handgun, a knife, brass or iron knuckles, or any other deadly weapon, commits the offense of carrying a concealed weaponâ€¦

A knife is defined in R.R.S. Neb. Â§ 28-1201, as any dirk, knife, dagger, or stiletto with a blade over three and one-half inches long, or any other dangerous instrument capable of inflicting cutting, stabbing, or tearing wounds.

Definition of a Deadly Weapon

While the statutes of Nebraska do not define Â“deadly weaponÂ”, the Court, in State v. Kanger, defined it as any of the weapons listed in R.R.S. Neb. Â§ 28-1202, which includes handguns, knives, and brass or iron knuckles, as well as any instrument that, in the manner it is used, or intended to be used, is capable of producing death or serious bodily injury.

Definitions of Various Types of Knifes

Nebraska statutes do not define any type of knife, however, the Supreme Court of Nebraska, in State v. Williams, defined a dirk as a Â“long straight-bladed dagger formerly carried especially by Scottish Highlanders,â€ť or â€śa short sword formerly worn by British junior naval officersÂ”. The Williams Court also defined a bowie knife as a large hunting knifeÂ adapted especially for knife-fighting, and having a guarded handle and a strong single-edge blade typically 10 to 15 inches long. Switchblades and stilettos are mentioned in several cases, but the Court does not offer any definition of either type of knife.

Nebraska law specifically recognizes the affirmative defense that a defendant was engaged in a lawful business, calling, or employment the circumstances of which justify a prudent person in carrying the weapon or weapons for the defense of his or her person, property, or family. In State v. Goodwin, Mr. Goodwin attempted to use this defense, however it failed when he admitted that he was not working at the time he was arrested with a hand gun in the glove box. The Court here found that in order to fall within this exception to the conceal carry law, one must be able to prove that he or she was engaged in that business or calling at the time when he or she was carrying the concealed weapon.

Nebraska law is very relaxed on what types of knives are legal to own, as it does not make it illegal to own any type of knife unless you are a convicted felon, a fugitive from justice, or subject to a domestic violence protective order.

While you may not conceal carry any knife, on your person or in your vehicle, with a blade more than 3 Â˝ inches long or any other dangerous instrument capable of inflicting cutting, stabbing, or tearing wounds, it is legal to open carry any type of knife in Nebraska.

When conceal carrying any knife, even one with a blade less than 3 Â˝ inches long, one must be careful, as it may be found to be a dangerous instrument capable of inflicting cutting, stabbing, or tearing wounds, and therefore illegal to conceal carry.