Table of Contents
About Fallkniven
Conclusion 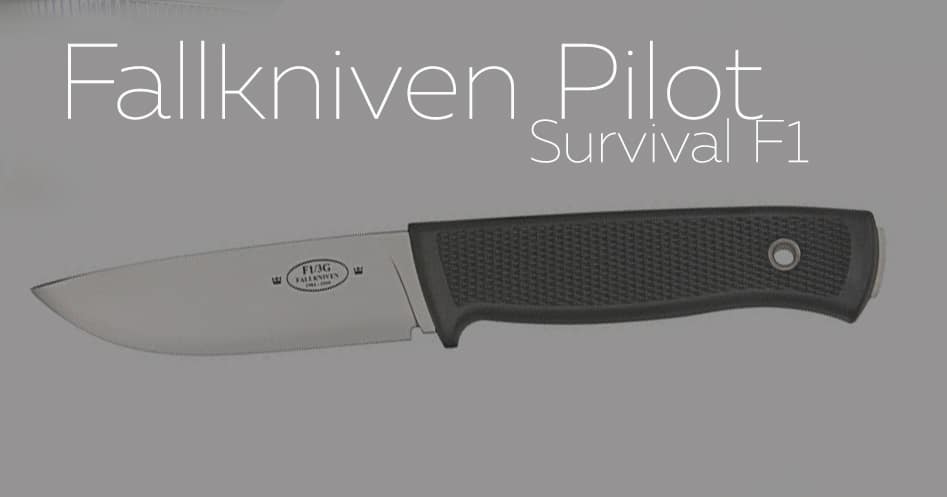 The Fallkniven Pilot Survival Knife or the F1 has the honor of being Fallkniven’s very first knife. The company had taken eight years to develop this knife and its many variants (F1 Black and F1/3G). Since 1995, the Swedish Air Force has been using this knife as a survival tool. The F1 is tremendously versatile as well as handy. The pleasant and safe grip with the tough and hard laminated steel makes the F1 useful for demanding tasks. The F1 comes with two kinds of sheaths: a double-safety Zytel sheath (one hand-operated) and the all-cover pouch type that houses the entire knife safely.

Based in Norrbotten, Sweden, Fallkniven AB has been in the business of developing knives since 1987 even though the business was started in 1984. For many decades, members of the family have been fishermen and hunters and they know exactly how a knife should be made. The company is currently a Purveyor to His Majesty the King of Sweden.

The Fallkniven Pilot Survival Knife (F1) has a total length of 8.3 inches and its blade length is 3.8 inches. While the blade is a bit short, there is no doubt that the F1 can still pack a punch with its sharp blade that is handy for survival purposes. One can’t fillet a medium fish or chop wood with this knife, though. Its tapered blade has a thickness of 0.18 inches and it has a broad and protruding tang. The lightweight knife weighs about 6 ounces and the blade is made of rust-resistant VG10 steel and has a hardness of 59 HRC. The handle is made of Thermorun.

The best feature of the Fallkniven Pilot Survival Knife is that its blade is made of special rust-resistant steel. While VG10 is hard to manipulate and is costly, it becomes a blade that is stainless, hard, and resilient as long as it is correctly tempered and hardened. The company uses laminated blades in all their products as these are 20 percent stronger than any solid conventional blade. With the Fallkniven Pilot Survival Knife, the user is assured of a very sharp and very strong blade that can last a lifetime.

One Fallkniven Pilot Survival Knife Review praises the knife for its durability. The review describes the F1 as a fixed survival knife and not a folder, which is characteristic of many survival knives. The sheath – made of molded Zytel – is extremely durable. Users of the F1 would be delighted with its smooth Thermorun rubberized handle which is perfect for use while the person is woodworking, hunting, fishing, and camping. With its grippy handle, the F1 is a “jack of all trades” in the world of knives. It is an all-purpose knife and is excellent for survival despite its relatively small size and lightweight.

However, the same Fallkniven Pilot Survival Knife review presents a slightly negative aspect. The handle’s lanyard hole is virtually useless. This is perhaps the only con that owners of this knife face.

Another Fallkniven Pilot Survival Knife Review praises the knife for its easy portability and versatility. The pleasant and safe grip is combined with laminated and tough steel that makes the F1 very useful in demanding tasks as well as day-to-day work.