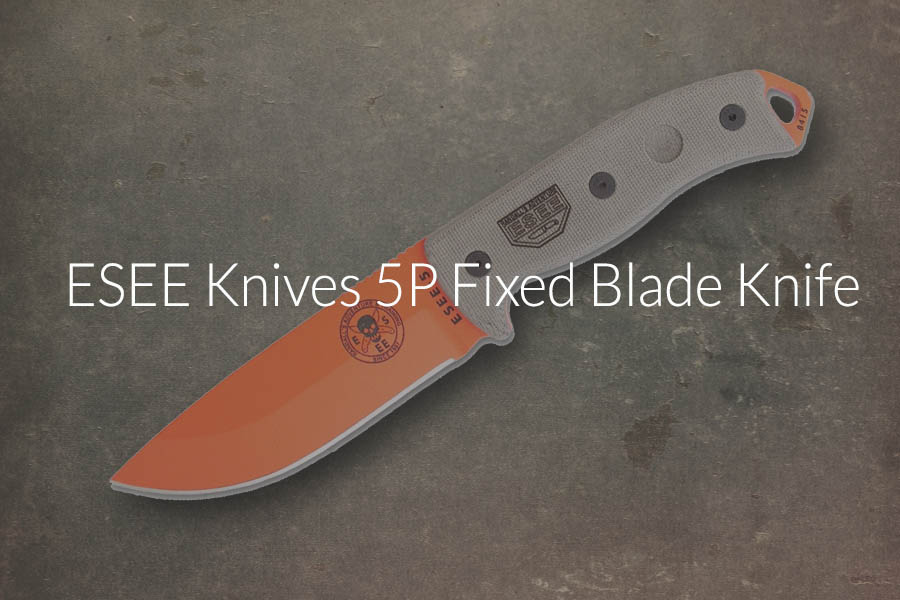 For the battlefield or for surviving in the forest, no other knife is more indispensable than the ESEE 5P Survival, Escape, Evasion Knife. This knife is great when one is out camping and it is far more durable than the average Swiss knife. It is also a must-have for military men during training and out in combat, especially when resources are scarce. Manufactured by Randall’s Adventure and Training, the ESEE 5P is one of the ultimate tools in survival.

About RandallÂ’s Adventure and Training

Since 1997, RandallÂ’s Adventure and Training has designed and manufactured affordable and no-nonsense gear and field knives particularly for backpackers, adventurers, law enforcement, and military personnel. The company is the sole knife maker that employs full-time adventurers and trainers especially tasked with testing and developing products and training, which work in remote and secluded wilderness environments.

LetÂ’s go back to the ESEE 5P. Judging by the looks of it, one can say that the ESEE 5P is indeed for heavy-duty purposes. Like all the knives in RandallÂ’s Adventure and Training line-up, the ESEE 5P is made of high-carbon 1095 steel. While it is one of the best choices for professional cutlery meant for heavy-duty use, 1095 steel will stain and rust if not cared for properly, particularly around the laser engraving and on the cutting edge.

The knife has an overall length of 11 inches and a thickness of 0.25 inches. The blade has a length of 5.25 inches and its steel is made of 55-57 Rc 1095 carbon. The ESEE 5P, which is finished in a textured powder coat, has a blade width of 1.56 inches and a saber grind. The knife weighs about 16 ounces and the handle is made of Canvas Micarta. The knife comes with a Kydex Sheath with clip plate. Other features of the ESEE 5P include a bow drill pivot and a glass beaker. The spine can be operated through thumb jimping.

All of the knifeÂ’s specifications suggest that the ESEE 5P should not be used for ordinary purposes. The knifeÂ’s size also suggests that it is not meant for kitchen use. A larger knife would be best used to prepare meals than this heavy-duty ESEE 5P. Its size and weight make it best suited for camping and military applications.

ESEE 5P reviews have been mostly positive. One ESEE 5P review states that the knife grip is well-proportioned and extremely comfortable. The blade is also very thick and the reviewer is surprised that he can split firewood using this knife. The sheath, which has a tension adjustment, also gets rave reviews. It comes with a clip that is attached to the sheath for belt mounting.

Another review states that the ESEE 5P knife can cut through tree bark with relative ease. The only thing that one has to be careful with, though, is handling the canvas micarta handle. The material would surely graze the skin with prolonged use on the first few camping and survival trips.

Check the latest prices at each of our 2 favorite online retailers!Â  AmazonÂ  BladeHQÂ

Another reviewer of the ESEE 5P uses the knife for outdoor purposes. He could cut down a smaller tree or shuck oysters while using this knife. He can also say that the knife is very durable and can last a lifetime. While RandallÂ’s Adventure and Training warns against rusting, the ESEE 5P can withstand all kinds of weather elements like water and snow and still not rust. The knife is something that men would truly appreciate.

Based on the collated reviews, this reviewer would give the ESEE 5P a generous 8.5/10 rating. This is due to the micarta handle roughing up oneÂ’s skin. However, the handle is only an issue in the beginning. The user would get used to the handle after several uses. In all, the ESEE 5P knife is a reliable partner when one is out in the woods.