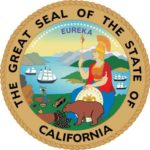 California has relatively friendly knife laws, but as you can expect, with large urban centers like L.A. and others, there are some differences between urban laws and restrictions in other regions. Unlike other states who’s knife law is out of date, California’s is modern and up-to-date. This article will talk about what is legal, illegal, and in the gray area concerning knives in California.

What the law is trying to get at are knives usually used by criminals to commit crimes. These are knives that don’t look like knives or don’t have a use as a tool. For example, you typically don’t do much with a dagger other than stab things.

Here is an overview (non-exhaustive) of illegal knives as per the California Penal Code pertaining to knives:

Sec. 21510. Every person who does any of the following with a switchblade knife having a blade two or more inches in length is guilty of a misdemeanor: (a) Possesses the knife in the passenger’s or driver’s area of any motor vehicle in any public place or place open to the public. (b) Carries the knife upon the person. (c) Sells, offers for sale, exposes for sale, loans, transfers, or gives the knife to any other person.

It is legal to own, sell, buy, and transport a switchblade as long as it is less than 2 inches. The state of california knife laws has ruled that a Balisong knife is a switchblade because of how easily it can be opened. However, you can still buy Balisong knives that are over 2 inches if you do not carry it in the driver or passenger seat or on you. Simply put, if you buy Balisongs to collect and leave it at home, it is 100% OK.

Concealed weapons are seen as posing a significant danger to the general public and as such, they are heavily regulated.  It is not legal to conceal carry a dagger or other double-edged knife.  This is a per California Penal Code Sect. 21310 PC.

While it seems a bit foolish to us, the law allows someone to open carry a dagger.  That means that if you carry a concealed dagger and intend NO harm (and even forget you have it), you are guilty of a crime.  On the other hand, if you open carry a dagger and want to kill someone, you can legally walk right up to your intended target and put your hand on the handle ready to pull it out and stab them in the ribs, you’re good!  No law is broken!

To prove someone is guilty of carrying a concealed illegal weapon like a dirk or dagger, the prosecutor has to establish the following elements:

A dirk or dagger is a knife or other instrument with or without a handguard that is capable of ready use as a stabbing weapon that may inflict great bodily injury or death. Most pocketknives and folding knives are not considered to be dirks or daggers unless the blade of the knife is exposed and locked into position.

It is not necessary that the accused intended to use the dagger as a weapon in order to be successfully convicted for carrying a concealed dirk or dagger under California Penal Code Section 21310 PC.

You can read more info on the California Penal Code as it pertains to legal/illegal knives HERE.

For specifics on knife laws in the city limits of LOS ANGELES, read our post HERE.

If you are in California you can buy, own, transport, and carry any knife you want as long as it is not a forbidden knife. You can also collect Balisongs without worry.

Note that this is not legal advice and there is no client-attorney relationship.  As always, I have to tell you that you’ll need to consult with an attorney or legal professional in the state of California for “official” advice on this topic.  If you have a question, leave it in the comment below. Some cities and municipals might have their own knife laws so check with your city. We are also looking for an attorney to do a quick interview about California knife laws.

Peter Stec
Hey Knife Up gang! I'm Pete and I'm just a small man in a small rural town who loves the outdoors as much as the other million internet users that cruise sites like Knifeup.com every day. The difference is that I like to share what I know, and research what I don't totally know, so that YOU can have all the info you need to feel confident and prepared for all things outdoors related! And, for those who care, I have 42 years of wilderness canoeing and bushcraft experience in Northern Ontario and spend most of my Summers covered in mosquitos and fish slime, but hey, it's a lifestyle choice eh?