Table of Contents
What Is a Sword Cane?
As a General Rule
How to Check?
Difference between Owning and Bringing One in Public
Just for Fun
In Closing
Leave a Reply Cancel reply

What is the Legality of Sword Canes? 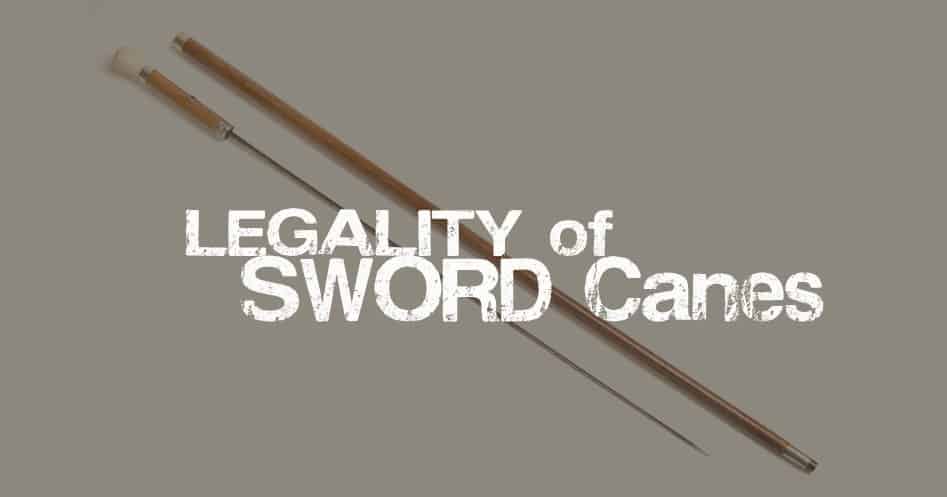 Sword cane legality is a state and municipal issue, rather than a federal one. This means that there are different rules depending on what state you live in and what state you are traveling to (with the cane). There are also various nuances depending on your municipality. This article will discuss the basics of sword cane legality. Basic terms will also be discussed to appeal to newbies or enthusiasts. Useful resources will also be included.

What Is a Sword Cane? 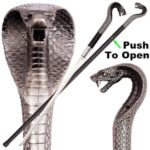 Other names include sword stick, cane sword, stick sword, etc. The general description of the same is a blade, usually 700mm or more from handle to tip. The same is concealed within a sheath that looks very much like a walking cane. The construction is usually wood, but metal and alloys have also been used. The important point to consider is that the average individual will mistake the same for a walking stick because the handle is so incorporated into the sheath as to make it look like one.

As a General Rule

Most states consider the sword cane as a concealed weapon. So being caught using one, even if you do need a walking stick, will land you a hefty fine or even some jail time. There are state laws that prohibit carrying the same or even owning the same. Case in point is California and Arkansas.

This means that sword canes cannot be even sold in California. In most cases, the manufacturer will sell it in another state office. And there is also a lot of restrictions when exporting and importing the same to and from: Belgium, Germany, United Kingdom, etc.

First, you contact the manufacturer. If they have several state locations, they will know the relevant laws regarding importing and ownership. Second, you want to know the relevant laws relevant to concealed weapons. This is because the legality of owning and using one in public depends on the definition and enumeration of concealed weapons. If a sword cane or any of its other names is included in the list by specific mention, then it is illegal. Even if the same is not on the list, you still have to be sure that it does not fall within the “ejusdem generis” principle which means things of like character or the same class can also be considered as such.

Difference between Owning and Bringing One in Public

When you do check with the proper authorities, you need to be clear on the difference between owning and/or carrying with or without a permit as well as special circumstances regarding the same. The first place you look or call is the Department of Public Safety.

The DPS operates on a state level. Verify with your home and/or destination state. The DPS has its own state websites; so when conducting a search, type your state first. For example, if you live in California, you type in “California Department of Public Safety”.

Tip: Go to your local Gunsmith or Guns and Ammo shop. Inquire about sword cane legality. If the same is not clear to the proprietor, then inquire about laws relevant to concealed weapons within your state and municipality. They will be able to show you a copy of the law, or at least were to look. Pay special attention to local laws! Peruse it right then and there. Photocopy the same or at least write down the appropriate legal citation for future reference. If you know a lawyer, you can also refer to the same!

There are some fun and unique collector’s options for sword canes like this one from No products found..  It’s the Syndicate Jacob Frye Cane.  Hey, I get the collecting thing, but I would take it easy about moving around in public places with this.  It can’t be seen as a good thing by anyone who has the authority to take it away from you, so play it safe and keep it inside.

It is your right to protect yourself. However, this right is regulated by state and municipal laws, especially when it comes to concealed weapons. Follow the law and avoid unnecessary complications. Check out KnifeUp’s other articles on: best machetes, best tactical tomahawks, and pink pocket knives.

4 comments on “What is the Legality of Sword Canes?”