Table of Contents
The Basics
Types of Open Carry Laws (Primarily Firearms)
What are the Rules in My State?
Commonalities
Conclusion

What is Open Carry for Knives? 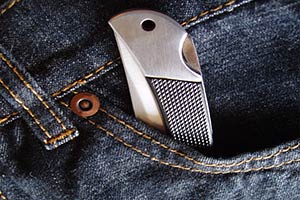 The term “open carry” is commonly heard when talking about the civilian use of weaponry.  We all know that this obviously means to carry a weapon openly.   So what are the gritty details and from where does this term originate.   I hope to answer the common questions surrounding open carry and make it just a little easier to understand. 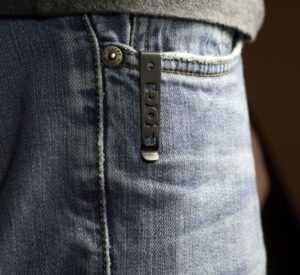 Open carry is publicly carrying a weapon in plain sight of another person(s).  That being said, the first question that comes to mind is “what is plain sight”… is it on a belt, on the back, what about a shirt pocket??? This is where things can get a little messy.   “Plain Sight” is broadly defined as not being hidden from common view of those around you.  The problem is, different states interpret the meaning of plain sight differently than others.  In some states, plain sight means that the weapon is partially visible to those around you.  In other states, it means that the weapon can be fully seen.

Permissive open carry defines law around firearms. This does not prohibit open carry for everyone who has not been prohibited for any reason and does not require a license or permit to carry.  This is lawful while in a car or during walking.  While it is legal to carry this way, if you are carrying a firearm you may be detained by law enforcement if there is public alarm.

This is where all citizens who have not been prohibited to carry, can carry after they have received a permit or license.  This is also allowed in a vehicle and on foot.

This is where the legality of openly carrying a weapon is different by state, because of local laws.  These local laws can lead to different restrictions and sometimes no carry at all.

This means that no open carry is allowed, or it is allowed but there are very strict restrictions so it is pretty much not allowed.  A few examples of this may be lawful self-defense, carrying on your own property and hunting.

This is effective in states where open carry is not allowed but in some areas, the population is so low that there are exceptions made for open carry in these areas.

Those prohibited to carry firearms are usually prohibited because of felonies committed, misdemeanors or domestic violence, those addicted to drugs and/or alcohol and citizens admitted into mental institutions.

Open Carry and the Second Amendment

What are the Rules in My State?

The different types of “open carry rules” vary by state. They are as follows:

There are a few commonalities throughout the states based on federal laws concerning open carry.  For example, no open carry is allowed on school grounds, courthouses and at some public events.

Whether you are toting around a knife, gun or some other tool, it is best to abide by the law.  Look more specifically into the details of the carry laws in your state.  I hope this helped.  STAY INFORMED!

3 comments on “What is Open Carry for Knives?”