What is a Balisong? 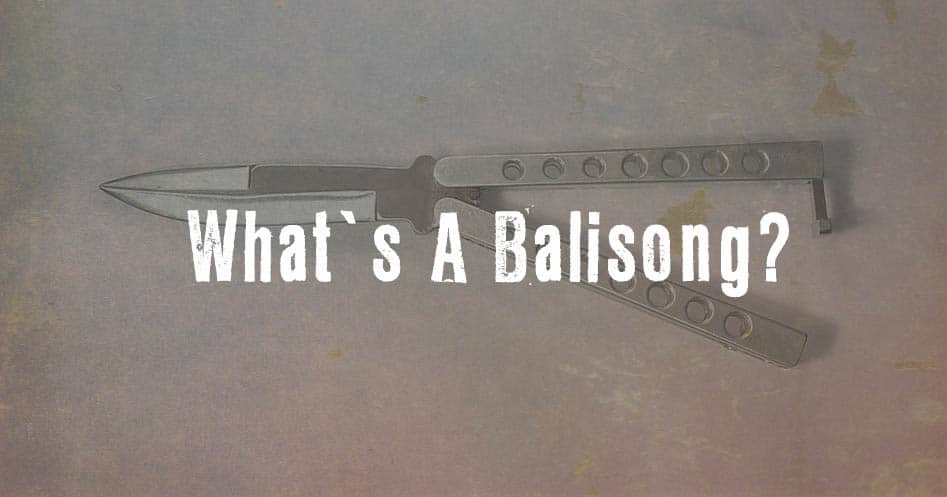 “I’ve been Hearing a lot about these knives, balisongs, but what the heck are they?!”  I’m sure at one point or another we have all asked this question.  This should help answer some of the most common questions surrounding balisongs.

The Balisong style of knife started in the Philippines as a self-defense weapon as well just an everyday tool.  The knives were used for very practical purposes as well as for entertainment.  The flipping or fanning of a balisong knife is known to be done for entertainment as an art.  No one is totally sure where the name “balisong” came from, but the most common belief is that it was derived from the words of the Taglag language Baling Sungay, which directly translates to folding/broken Horn.  This makes sense because originally the balisong knives in the Philippines were made out of the horns of stags and Caribou.

There are also minorities that believe that the balisong style knife originated from France or even the U.S.A, and a model of the knife was brought to other parts of the world (such as the Philippines or even France)  where it quickly became popular and production started.  I guess in the end….. it doesn’t matter.

The two ways that balisongs are most commonly constructed are “channel” and “Sandwich” styles.

Channel construction is commonly thought to be the stronger of the two types.  It is where the main parts of the handle are made up of one piece of material.  The handle has a groove in in by carving or casting where the blade rests when the blade is folded inside the knife.

The sandwich style construction is more common in the cheap or beginner balisong knives.  It is where the knife is assembled from many different pieces layer by layer.  It is either screwed together or pinned to be held together.

Traditionally the blades of a balisong have been made from recycled car parts as well as pieces and parts from the railroad.

One of the most popular things to do with a balisong is learning how to flip it around.  Showing off your tricks.  The best way to learn how is to use a beginner or training balisong (on Amazon).  The trainer balisong has a dulled blade so you don’t cut off your fingers while you are practicing.  An upside to a training balisong is that they are relatively cheap.  Which can make balisong flipping a great hobby.  It also allows for you to enjoy it on different levels if you want something that will last longer and hold a better edge.

Since the balisong has great potential as a weapon, it is not uncommon for most countries to have a lot of laws surrounding it.  Make sure and check the laws in your area to see what you can and can’t do with your balisong.

If you are the type of person who is onto the cool knife tricks to show your pals, then the balisong could very well be a great knife for you to have.  Also if you need a simple knife to use on a daily basis.   Balisongs also are great for gifts to those knife lovers who have every standard pocket knife that has ever existed and you want to get them something out of the ordinary.  They can provide hours upon hours of entertainment and skill-building for any user.

What did I miss? Let me know in the comments!

4 comments on “What is a Balisong?”