Many famous movies depict swashbuckling heroes engaged in the finest exhibition of sword fighting as steel blades glisten in the evening sun. They take on a formidable enemy armed with just their sword.  What these men all had in common was knowing what makes a good blade, how to use the finest steel, and be effective with their weapon. Most of those weapons were designed using the toughest steel of the time. SK-5 steel is a modern steel that those men would love to have used.

Steel is manufactured from a combination of iron and carbon to which several other materials may be added. These extra components may include chromium, nickel, vanadium, tungsten, and manganese, These elements are added to perfect a type of steel with hardness, tensile strength and ductility (its ability to be shaped in different forms without coming apart or fracturing). Alloys are added according to the purpose of the steel once finished.

The higher the content of carbon, the harder and stronger the steel will become during the thermal process, but it will be less ductile (able to lose form without losing toughness). Chromium increases its hardness while nickel and manganese give it tensile strength and makes the iron-carbon solution of steel more stable. Vanadium also increases hardness and helps its ductility.

For the perfection of steel, the iron/carbon/alloy solution undergoes different types of heating or thermal processes to produce the final object. The solution is tempered through these processes to remove any defects or stresses in the material. This produces a high-quality product with the ductility, hardness and tensile strength desired in the steel.

(Read our review of balisongs).

How Steel is Rated

Steel is designated a numerical value to indicate its hardness according to the Rockwell C scale, otherwise known as HRC. The harder the steel the better its ability to hold an edge, but the more brittle and difficult to sharpen. The quality of the steel is largely dependent on the materials that go into its makeup and the forging process how well it is tempered.

It is named after a Japanese scale but is similar in properties to the American 1080 steel, which is made up of approximately 0.80% carbon and up to 0.90% manganese. On the HRC scale, it ranks at approximately 65, which makes it a very hard steel. Its alloy increases its strength and abrasion resistance. It is a good, tough blade with a great edge-holding ability.

PLEASE NOTE THAT STEEL MANUFACTURERS AND KNIFE-MAKERS WILL ACHIEVE DIFFERENT ROCKWELL HARDNESS VALUES FOR THE SAME STEEL DUE TO A WIDE VARIETY OF VARIABLES FOUND WITHIN THEIR OWN MANUFACTURING PROCESSES. THE CHART ABOVE OFFERS ONLY AN OVERVIEW OF AVERAGE VALUES TO GIVE YOU A BASIC IDEA.

Steel may be described as high or medium SK-5 steel. This has to do with its chemical makeup and the forging process. A high carbon steel is approximately 1080 which is a harder, stronger steel while a medium would have a carbon content of approximately 1050 or lower. Usually, the purpose of the steel determines its make up. The harder stronger SK-5 steel may be used in making tactile or hunting knives, while the medium steel is flexible and bends without breaking which is desirable in creating swords used in fencing. SK-5 is rarely used in machetes.

There are several factors that can affect the finished product of steel including environmental conditions, stresses and flaws in the chemicals in the solution, and the forging system. Manufacturers of steel are cognizant of this and usually, the greatest care is taken to ensure, that the steel produced is of the finest quality and will pass the scrutiny of the HRC.

Best Knife Made with Sk-5

The Columbia River Knife and Tool company’s Siwi, is a compact tactical fixed blade in a league all its own. This mission-ready knife has a durable SK-5 steel blade with a rust and corrosion resistant black powder coat.  It comes standard with G-10 scales which are textured.  A generous choil and subtle jimping on the spine offer better blade control and a solid grip. The Siwi is an exceptional knife that’s truly built to last several lifetimes! 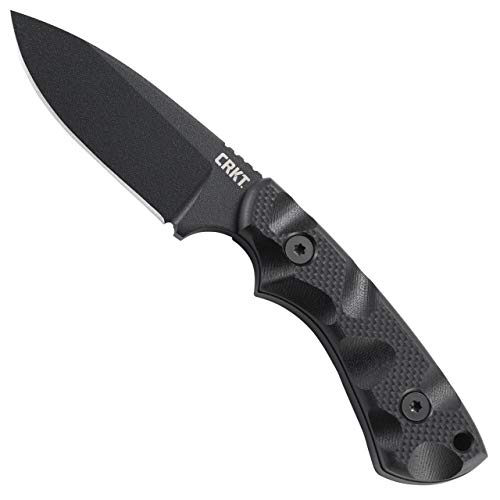 SK5 steel is made for tools and weapons where their edge and high performance can be counted on for major operations and precision usages. See the best folding knife ever. They are highly tempered, forged in the highest furnace to reduce its flaws and produce products guaranteed to perform and do the task well for which they were created.