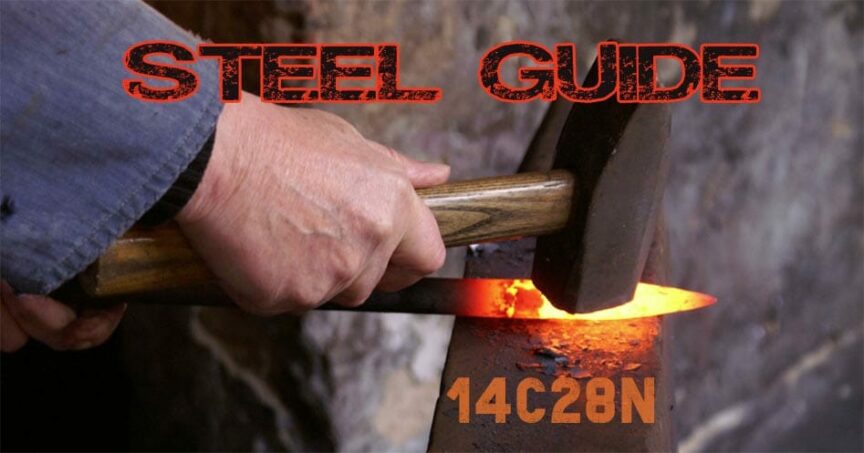 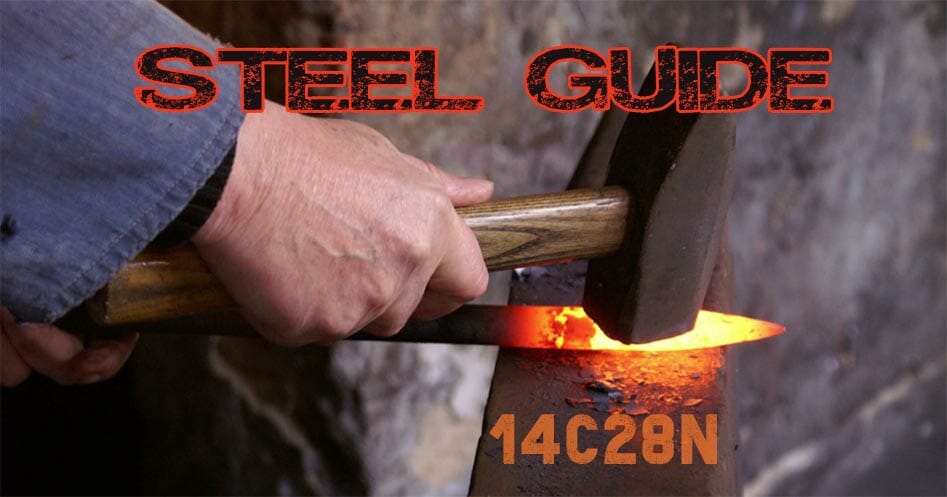 The Sandvik 14c28n steel is ideal for the manufacturing of knife blades This Steel grade allows for the highest attainable hardness without the compromising of micro-structure integrity. This steel is often used in high-end knives by top-shelf manufacturers. It is also a good choice for custom knife makers. 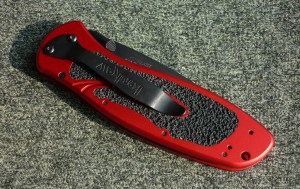 The Kershaw Blur is a great 14C28N knife. Click on photo to see a larger version.

With Sandvik 14c28n, re-edging along with edge retention is maintained with ease. Resistance to microchipping, rolling or folding of the edge is better than decent. A 55-62 HRC hardness recommendation makes this a Knife Steel that is ideal for a number of blade applications, such as Folding Knives or Pocket Knives. A high corrosion resistance lends to a particular appeal in moisture intense applications such as a Chef would encounter. With a 55-62 hardness recommendation, any application where sharpness retention is an issue would appreciate this steels property. Sandvik 14C28N is fine-blankable which will translate into a smooth production process.

Here is what was found out about Sandvik 14c28n when used in real-world scenarios. The steel was used in a fixed blade knife design. First, after spiral cutting through 10 heavy cardboard postal mailing tubes, it would still shave the hair off an arm. After going through 20 tubes it would no longer shave hair but would still slice through paper with relative ease. After 34 cardboard tubes, the tubes would start to tear instead of slice and it no longer cleanly sliced the paper. When you consider that all these tubes were 2-1/2 feet in length, this is pretty good edge retention. 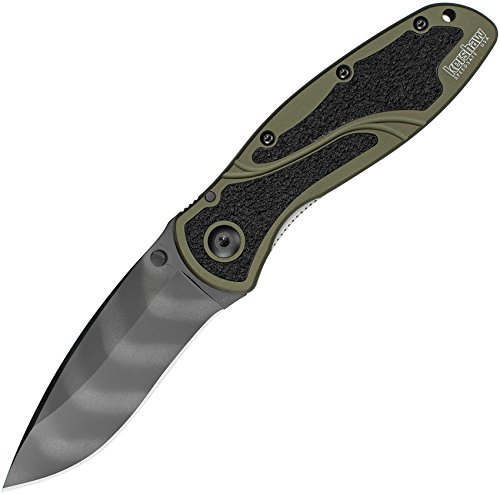 The Kershaw Blur features a Black Tiger Stripe finished blade with a plain edge and an OD green aluminum handle with Trac-Tek inserts for superior gripping power in all conditions. Black reversible pocket clip for tip-up or down carry.

The Kershaw Blur is a favorite among knife enthusiasts. The Blur has the build and performance of a great general purpose knife with everyday carry friendly attributes as well. The Ken Onion designed Blur is an assisted opening knife, just give the blade a push with the ambidextrous thumb stud and the Speed Safe technology finishes opening the blade! To close, just slide the liner lock to release the blade.

I personally own a blur and yes, that part about it being a favorite among knife enthusiasts – it’s TRUE!

A “Brass Rod Test” was also performed on this steel and the flexibility is very impressive, there was no evidence of chipping or deformation of the edge. The point was tested by repeatedly stabbing through a number of tin cans, then by hammering it through stainless steel sheeting of 0.5mm density. Although the point was somewhat blunted, it didn’t chip or roll. The durability of the steel was evident after it was repeatedly thrown into seasoned wood planking for over ten minutes, this was done after having been hammered through the 0.5mm thick metal sheeting mentioned above.

Finally, this knife manufactured with Sandvik 14c28n steel was placed in a pail of saltwater for close to 4 days after which no apparent corrosion was discernible. This Steel is very receptive to sharpening and to holding an edge with use. It is strong yet flexible and will perform admirably in multiple applications.

Sandvik 14c28n steel is a great material from which to make a knife. If you are considering buying a knife made of Sandvik 14c28n, do it! I can not recommend this steel any higher.

If you enjoyed this article, check out our guide to machetes. You should not use 14c28n for machetes but everyone knows that machetes are cool. Three pink pocket knives that your wife will love.