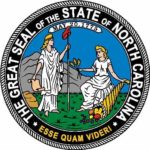 North Carolina knife laws are wordy and may be difficult for anyone without legal training to follow. This article describes both the statutes and Court decisions, or case law, concerning the ownership and carrying of knives in North Carolina, and puts it all in a language and order that makes it easy to read and follow.

(a)Â It shall be unlawful for any person willfully and intentionally to carry concealed about his person any bowie knife, dirk, dagger, slung shot, loaded cane, metallic knuckles, razor, shurikin, stun gun, or other deadly weapon of like kind, except when the person is on the personâ€™s own premisesÂ….

North Carolina statute defines a pocket knife as a small knife, made to carry in a pocket or purse, which has its cutting edge and point entirely enclosed by the handle, and that may not be opened by a throwing, explosive, or spring action.

A switchblade is defined by statute as a knife containing a blade that opens automatically by the release of a spring or a similar device.

Neither the statues of North Carolina, nor the case law, define any other type of knife.

Definition of a Dangerous Weapon

A dangerous weapon includes bowie knives, dirks, daggers, or any weapon of like kind, a switchblade, or any object capable of causing serious injury or death if used as a weapon.

N.C. Gen. Stat. Â§ 14-269 provides a defense to the conceal carry law for weapons that are not a firearm; that you were engaged in, or on your way to or from an activity, in which the weapon is legitimately used, you used the weapon for that purpose, and you did not attempt to use the weapon for any illegal purpose. The statue does not describe any specific activities that a person must be engaged in when carrying a concealed weapon and the case law is silent on the issue. Commonly recognized activities where one would carry a knife, however, include hunting, fishing, trapping, and farming.

When the Open Carry of a Knife May Be Illegal

In 1843, in the case of State v. Huntley, the Supreme Court of North Carolina found that while a person may open carry any weapon, which is not illegal to own, for any lawful purpose, he or she may not do so in order to terrify or alarm the public. The Court held that though there is no statute prohibiting such carrying; it was a common law offense for which a person could be indicted.

North Carolina allows for the open carry of any legal weapon, so long as you are not carrying it in order to terrify or alarm the public. It does not allow for the concealed carry of bowie knives, dirks, daggers, or butcherÂ’s knives.