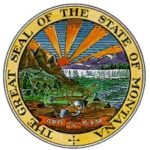 Montana knife laws are among the top tier of friendliest knife laws in the country.

Montana amended its knife laws, effective October 1, 2017, by removing from the definition of concealed weapon “a knife with a blade 4 inches or more in length that is wholly or partially covered by the closing or wearing apparel of the person carrying or bearing the weapon.Â”Â  Under the new law, only firearms are within the definition of Â“concealed weapon.Â”Â Â§ 45-8-315, MCA.Â Â Â Moreover, ambiguous knife definitions, such as dirk, dagger, and sword cane, were removed from the list of prohibited items to carry concealed by the amendment, effective October 1, 2017.

Montana amended its knife laws, effective October 1, 2017, by removing from the definition of concealed weapon Â“a knife with a blade 4 inches or more in length that is wholly or partially covered by the closing or wearing apparel of the person carrying or bearing the weapon.Â”Â  Now, with newly-enacted laws, only firearms are within the definition of Â“concealed weapon.Â”Â Â§ 45-8-315, MCA.Â Â

As of April 3, 2019, Montana enacted knife legislation to remove the limitation on carrying and use of an automatic knife with a blade of less than one and one half (1-1/2â€ł) inches. Concealment is no longer an issue in Montana and you may either conceal or not.

Â What is Legal to Own

It is legal to own any knife

Montana code Â§ 45-2-101 defines Â“weaponÂ” any instrument that is readily capable of being used to produce death or serious bodily injury, regardless of its primary function.

Concealed carry of knives is no longer a problem.

Exceptions to the Concealed Carry Law

The law in Montana exempts several classes of people from the concealed carry law, and allows concealed carry of weapons for certain government employees and members of the National Guard. The law also exempts those who are outside the boundaries of a city or town and are participating in lawful recreational activities where it is common to carry a weapon, such as hunting, fishing, trapping, framing, ranching, or hiking. A person is also exempt from the concealed carry law when he or she is carrying the weapon in his or her own home or place of business, or has a permit to carry a concealed weapon.

Montana allows residents to possess and open carry any type of knife, including a switchblade as of early 2019 after new legislation passed.

Knives or blades of 4 inches or longer should be kept away from any schools to avoid violating the law.