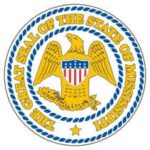 Mississippi knife laws are fairly relaxed, but because they are found in several different places within the code, and contain cross references and legalese, they may be difficult to read and follow. This article translates the legal ease into plain English that anyone can understand.

Miss. Code Ann. ┬¦ 97-37-1. Deadly weapons; carrying while concealed; use or attempt to use; penalties

(1)┬Ā┬ģ.Any person who carries, concealed in whole or in part, any bowie knife, dirk knife, butcher knife, switchblade knife, metallic knuckles, blackjack, slingshot, pistol, revolver, or any rifle with a barrel of less than sixteen (16) inches in length, or any shotgun with a barrel of less than eighteen (18) inches in length, machine gun or any fully automatic firearm or deadly weapon, or any muffler or silencer for any firearm, whether or not it is accompanied by a firearm, or uses or attempts to use against another person any imitation firearm, shall upon conviction be punished as follows:

(c)┬ĀBy confinement in the custody of the Department of Corrections for not less than one (1) year nor more than five (5) years, for the third or subsequent conviction under this section.

(d)┬ĀBy confinement in the custody of the Department of Corrections for not less than one (1) year nor more than ten (10) years for any person previously convicted of any felony who is convicted under this section.

(2)┬ĀIt shall not be a violation of this section for any person over the age of eighteen (18) years to carry a firearm or deadly weapon concealed in whole or in part within the confines of his own home or his place of business, or any real property associated with his home or business or within any motor vehicle.

(3)┬ĀIt shall not be a violation of this section for any person to carry a firearm or deadly weapon concealed in whole or in part if the possessor of the weapon is then engaged in a legitimate weapon-related sports activity or is going to or returning from such activity. For purposes of this subsection, ŌĆ£legitimate weapon-related sports activityŌĆØ means hunting, fishing, target shooting or any other legal sports activity which normally involves the use of a firearm or other weapon.

The Mississippi code does not define dirk knife, bowie knife, or any other type of knife, except a ┬ōswitchblade knife┬ö which it defines as any knife with a blade that opens automatically, by releasing a spring or similar mechanism. In 2010, the Supreme Court in Summerall v. State, stated that absent a definition, a word had its ordinary and common meaning. It then defined ┬ōdirk knife┬ö as a weapon with at least one sharpened edge, which tapers to a point, and is designed primarily for stabbing. In 2012, the Court of Appeals found, in Thomas v. State, that because it did not have a knife blade to examine, it could not determine whether the knife Thomas used to stab his victim was a butcher knife or a steak knife. It was therefore, it was up to the jury to decide, based on other evidence, what type of knife Thomas had used. The state of Mississippi has appealed this decision, however, and as of May 2013, the case is pending in the Mississippi Supreme Court.

ŌĆ£Educational propertyŌĆØ is defined by Mississippi law as any public or private school building, bus, campus, recreational area, or other property owned, used, or operated by any local school board, school, college or university board of trustees, or directors for the administration of any public or private educational institution. It also includes property of the Oakley Youth Development Center, operated by the Department of Human Services. It does not include any sixteenth section school land where no school building, school campus, recreational area, or athletic field is located.

Miss. Code Ann. ┬¦ 97-37-19 makes it illegal for a person carrying any knife that it is illegal to conceal carry, to exhibit the knife in a rude, angry, or threatening manner, except if in self-defense.

It is legal to own any knife in Mississippi unless you are a minor or have been convicted of a felony. Minors and felons may not own bowie, dirk, butcher, or switchblade knives. You can open carry any knife in Mississippi. You may not conceal carry any bowie, dirk, butcher, or a switchblade knife unless it is concealed in your vehicle and not on your person, or you are fishing, hunting, or participating in some sporting activity in which it is common to use that type of knife.

Peter Stec
Hey Knife Up gang!┬ĀI'm Pete and I'm just a small man in a small rural town who loves the outdoors as much as the other million internet users that cruise sites like Knifeup.com every day.┬ĀThe difference is that I like to share what I know, and research what I don't totally know, so that YOU can have all the info you need to feel confident and prepared for all things outdoors related! And, for those who care, I have 42 years of wilderness canoeing and bushcraft experience in Northern Ontario and spend most of my Summers covered in mosquitos and fish slime, but hey, it's a lifestyle choice eh?