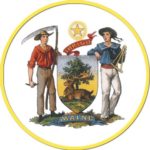 The knife laws in Maine are very vague. Because of that, the average person will have a hard time determining if a certain type of knife is legal or illegal. This article will give you a clear idea of what the law means. It includes excerpts from the law as well as explanations of the law with case precedence.

What is Legal to Carry

In the state of Maine, a person is not allowed to carry certain concealed weapons which include dirks, bowie knives, stilettos and other dangerous or deadly weapons. Citizens are not allowed to display such a knife in a threatening manner. Hereâ€™s the law;

Limits on Carry and Display

Â§ 2001-A. Threatening display of or carrying concealed weapon

1. DISPLAY OR CARRYING PROHIBITED. A person may not, unless excepted by a provision of law:

A. Display in a threatening manner a firearm, slungshot, knuckles, bowie knife, dirk, stiletto or other dangerous or deadly weapon usually employed in the attack on or defense of a person; or

B. Wear under the personâ€™s clothes or conceal about the personâ€™s person a firearm, slungshot, knuckles, bowie knife, dirk, stiletto or other dangerous or deadly weapon usually employed in the attack on or defense of a person.

2. EXCEPTIONS. The provisions of this section concerning the carrying of concealed weapons do not apply to:

The law bans the concealed carry and threatening display of dirks, stilettos, and â€śother dangerous or deadly weapon usually employed in the attack on or defense of a person.â€ť Dirks and stilettos are slim, long knives that have a very sharp stabbing point. The law also states that it is 100% legal to conceal carry hunting, fishing, and trapping knives.

Jones was found walking down the street at 2am. After the police officer got out of his car to talk to him, Jones informs the officer that he is on probation, gives the officer his ID and allows the officer to search him. Note, at this point, Jones did not break any law and is obeying authority and following the terms of his probation.

The officer asks if Jones is carrying any weapons and he reports no. The officer pats down Jones to find two knives clipped to Jonesâ€™s pocket. The knives were folding knives with 3 inch, point tip blades. Jonesâ€™s shirt was covering the pocket, making it concealed. The officer arrested Jones for carrying a concealed weapon.

Jones was found guilty by the trial court because, the court stated, walking around at 2 am as a parolee with a knife that can cause serious damage is fitting of â€śother dangerous or deadly weapon usually employed in the attack on or defense of a person.â€ť

This is different from a lot of other states who have dangerous weapon clauses that takeÂ into account the nature of the weapon as well as the situation in which it was used. For example, in Iowa, a person was convicted of using a dangerous weapon when he smashed an ashtray on another personâ€™s head. If that case took place in Maine, he would not have been guilty for that crime (but probably guilty of something else).

In 2015, Maineâ€™s laws regarding manufacture/sale/distribution of/possession/carry of automatic knives wereÂ amended.Â  InÂ Title 17-A, Chapter Â 43: WEAPONS, statuteÂ 17-A Â§1055. Possession or distribution of dangerous knivesÂ Â was repealed.Â  That means it is legal to possess, manufacture, display, offer, sell, lend or give away any knife that has a blade that opens automatically by hand pressure applied to a button, spring or other device in the handle of the knife, or any knife having a blade that opens or falls or is ejected into position by the force of gravity, or by an outward, downward or centrifugal thrust or movement.

Possession or distribution of a dangerous knife is no longer a Class D crime.

In Maine, it is legal to own any knife.Â  If a knife has a utility purpose, it would not fall under the definition of dangerous knife based upon case precedence.

Note that there are also county laws that come into play with knife law so make sure you look up the law in your town. This is not legal advice and there is no client, lawyer relationship so talk to a lawyer if you need assistance.

If you have any questions, ask them in the comment box below.