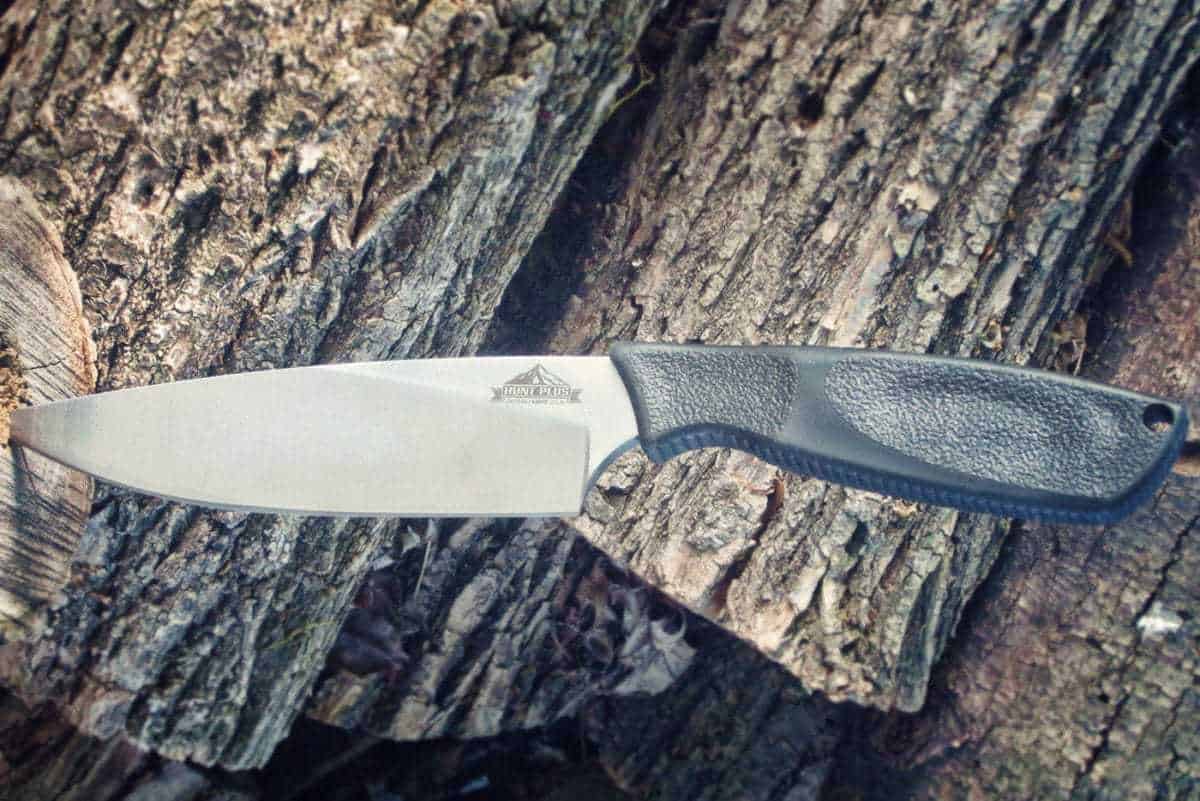 As I walked through the old front door of the more-than-100-year-old building off the beaten path in the tiny town of Franklinville, NY, I was immediately struck by the sheer quantity of knives hanging on display.  The Ontario Knife Company had an incredibly diverse and nearly awe-inspiring display of knives on every wall.  I scarcely had a chance to glance at them when I was greeted by a couple of friendly faces.  Matt and Rick are two of the many faces of OKC.  After a short talk about the selection and quality of knives, Rick was eager to show me a new line of knives that he was exceptionally proud of showcasing.  He directed me to a new line of knives called the “Hunt Plus” series.  The name tells us exactly what it is – hunting knives, plus a whole lot more … 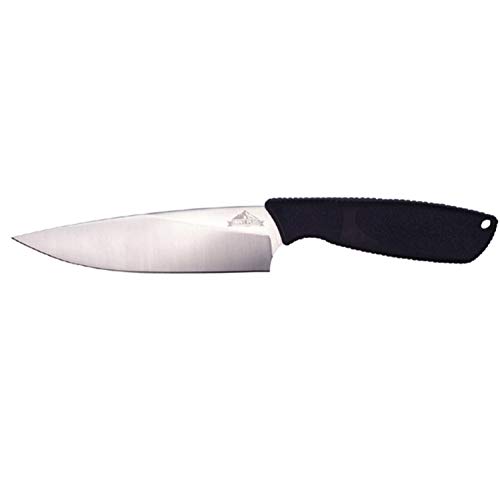 The Hunt Plus series includes a number of knives like the Drop Point, the Skinner, Camp Knife, Caper Knife, and they’re closely related to the Spec Plus series which have a similar look and an identical handle.  All the other knives in the Hunt Plus series are made in nearly the identical manner as the Hunt Plus, but they all have different blade profiles and lengths.  The Camp Knife caught my attention because it has the perfect blend of qualities of an aggressive combat knife, a survival knife, and a kitchen knife.  The sheer thickness of the blade ensures that this knife will be the workhorse of any campsite from batoning firewood, to slicing onions. 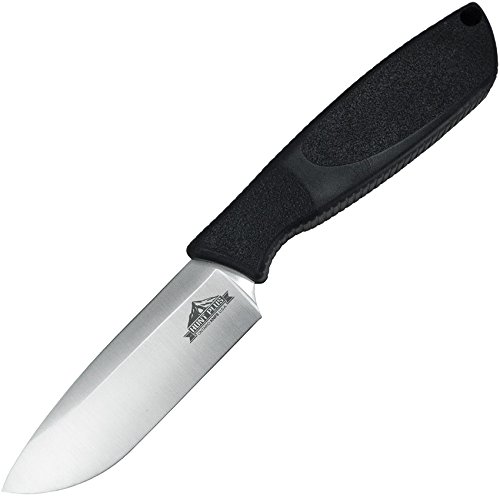 On the Rockwell Hardness Scale, a soft-ish metal (like an ax head) would have a rating of around 50, while a hard carbon steel would range from the lower to the upper 60’s.  That means the Hunt Plus Camp Knife is somewhere right in between with a reading of 55-57.  Along the top edge, the blade has a width of around 3/16 of an inch which sounds small but looks really thick when you actually look at it and compare with a kitchen or even a survival knife.  The blade itself has a skeleton full tang which means the blade extends from the pointed tip all the way back to the rear of the actual handle.  The metal has several large holes in it (that’s where the name skeleton comes from).  The hard synthetic rubber handle starts as a malleable material which covers the whole blade and flows right through the skeleton openings (holes) to connect with itself to ensure that the handle won’t fall off or twist in the future.

As a fully “Made in the USA” product, I was impressed with the simplicity, price point and substantial feel to the camp knife.  So much so in fact, that I purchased one.  However, I knew that because I’m not in the deep bush for too many days per year, I bought it with the knowledge that it would likely do some serious “kitchen time” in my house.

The low cost was a deal-sealer for me, and while I expected complete rubbish in the quality and construction of the sheath, I was pleasantly surprised to see (and feel) that the sheath (while being a cheap Chinese product) was actually very sturdy (can hardly bend it with both hands) and had 2 straps to hold the knife very securely.

I don’t give actual numeric (or star) ratings because quite often a particular knife has very few competitors that hit on every element of that knife.  So, let’s just say that I believe strongly that you won’t be disappointed with this knife given the quality and versatility you’ll get for the budget price.

Please let me know if you have the knife and have had good or bad experiences with it.  Comment below anytime, and if you’re nice and E-rated (family friendly rated for Everyone) in your tone, I’ll publish it ASAP!