Nutnfancy is a popular YouTube celebrity who reviews knives and guns. Unlike other reviewers, he does more than simply unboxes his review items: he actually uses it. He also is very knowledgeable about guns and is said to be a high ranking officer in the Air Force. Rumors say that he also has real law enforcement experience. In short, nutnfancy is an online badass.

Haters/trolls often complain about nutnfancy having long-winded speeches. They also believe that he is not the expert he poses to be. Some state that he is a POG (person other than grunt). Others criticize him for using the Digital Millennium Copyright Act to take down videos criticizing his videos. For the review videos using clips from his videos, it qualifies as a DMCA request.

This post, which has now been deleted from Gun&Game, states that nutnfancy used the DMCA to take down negative videos on YouTube.

For these reasons and other reasons I have not listed, nutnfancy has been stated to be a man named Richard Hewitt.

In fact, so many people have been searching “nutnfancy real name Richard HewittÂ” in Google that â€śGoogle suggestâ€ť actually shows Richard Hewitt in the suggestions.Â Also, searching for Richard Hewitt reports that he was involved in an avalanche in 2005. Read the story here. Pretty fitting for a dude who reviews tactical things online to survive an avalanche.

With all this not-so-reliable online evidence/trolling, we wonder if nutnfancy is Richard Hewitt. One of the screenshots mentioned earlier stated that, because of his DMCA takedown request on YouTube, it has been made available that the company making the request was Â“Richard Hewitt LLC.Â” If this is the case, we would be able to search for Richard Hewitt LLC in UtahÂ’s LLC database. By law, certain information about an LLC is made available to the public such as the ownerÂ’s name and the companyÂ’s current financial status.

Before we start that, we must test the validity of the trollÂ’s claims. Why would nutnfancy have an LLC in the first place? Well, he *is* reviewing guns and knives online. He currently, as of May 27, 2013, has 329,000 subscribers and given the made up statistic that is somewhat true that 1 in a thousand is nutcase, we can assume that he has 329 nutcases subscribed to his channel. If one of those 329 decided to follow his advice (or even followed his advice wrongly) and gets hurt, nutnfancy might be liable for damages. Therefore, having a limited liability company is a good idea. Also given that nutnfancy is a smart guy (he is well informed about guns, knives, and politics), we can assume that he is aware of this and, therefore, has limited liability.

There is an LLC in Utah that is registered by a Richard Hewitt.

Since we are assuming nutnfancy has an LLC, is his LLC Â“Richard Hewitt LLCÂ” as the trolls state? I searched on https://secure.utah.gov/bes/ for Â“Richard HewittÂ” in the business name section but it showed 0 results. However, when I searched for Richard Hewitt under the executive name section, it showed one result for Â“TNP YT LLC.Â” NutnfancyÂ’s channel goes by The Nutnfancy Project online and TNP is the abbreviation used by him and his followers. Also, YT is a common abbreviation for YouTube, the online portal on which he posts his videos. Therefore, is Richard Hewitt nutnfancy? 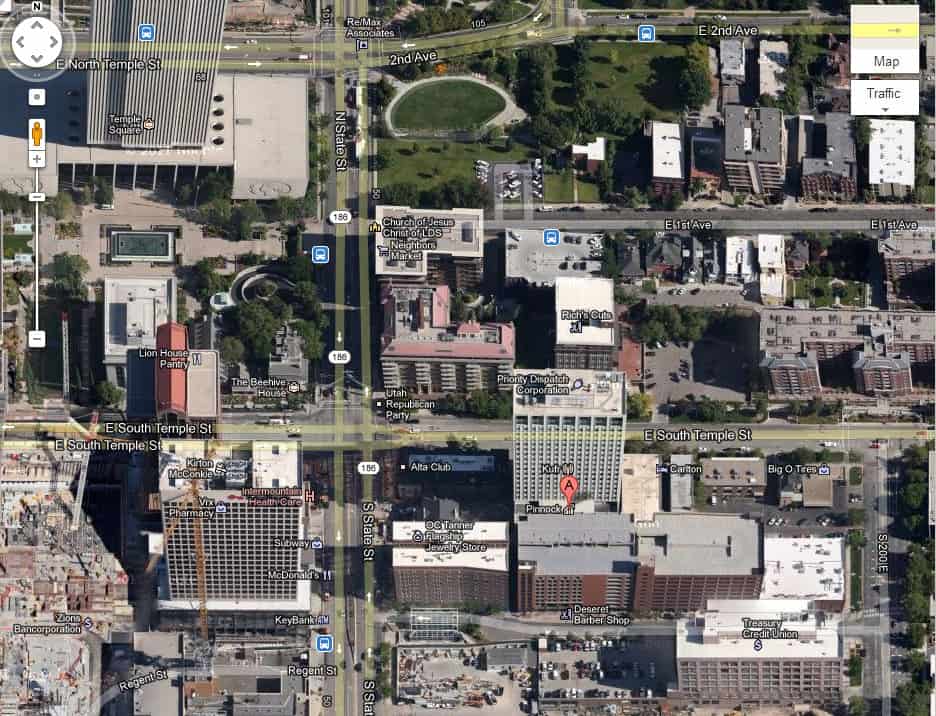 The address for TNP YT LLC leads to nowhere.

Well, the answer is we donÂ’t really know. For the trolls stated that his LLC is Â“Richard Hewitt LLCÂ” but a search of that business reports nothing, we donÂ’t fully know if the troll is telling the truth or just trolling.

If the troll was telling the truth, then nutnfancy just dissolved one LLC and formed a new one, maybe in an attempt to remain anonymous. Given that he always wears a hat and glasses and given that he works for the government and given that a lot of his videos are political, we can see why he would hide his real identity. For Â“TNP YT LLCÂ” is an obscure name that most people will not recognize, this is a good conclusion.

Also, for registering an LLC requires a state ID, we know that the owner of TNP YT LLC is a Richard Hewitt. However, is this Richard Hewitt nutnfancy? Or, is nutnfancy even Richard Hewitt? Well, we donÂ’t really know.

It could be that a nutnfancy fan named Richard Hewitt who lives Utah heard about the nutnfancy rumors and decided to register an LLC with a similar sounding name. There is no proof that Richard Hewitt is nutnfancy. These two things are not actually linked because rumors are not evidence. Also, the cost of forming an LLC in Utah is only $70 (see http://corporations.utah.gov/business/llc.html). Because forming an LLC in Utah is cheap, this whole thing might be a joke between Richard and some friends. Â“Hey, Bob, look at this! I got 10,000 people online to believe IÂ’m nutnfancy!Â”

I donâ€™t actually think nutnfancy is Richard Hewitt. This is why: nutnfancy has already shown his face on multiple YouTube videos and, because of that, all his family, friends, and coworkers would know he is a YouTube celebrity. Since everyone he isÂ concernedÂ about knows, why would he not state that his name is Richard Hewitt? Because he isnâ€™t Richard Hewitt! Also, if he wants to remainÂ anonymousÂ online, what is a better way to remainÂ anonymousÂ then to have people thinking you are someone else? What if the troll that started this all was nutnfancy in the first place? Nutnfancy is an officer in the Air Force and a law enforcement expert, I wouldnâ€™t be surprised if that is the truth. All he would need to do is find a friend who would register an LLC for him. That friend could have happened to be a Richard Hewitt.