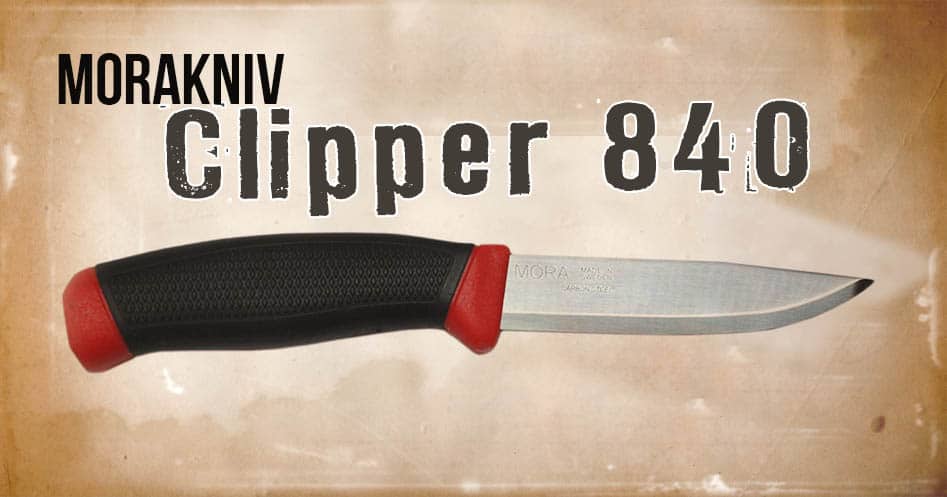 The Morakniv Clipper 840 Fixed Blade Outdoor Knife with Carbon Steel Blade is one of the flagship products of Mora of Sweden. Utility knives are terrific all-purpose knives that can be used for a variety of jobs ranging from cutting meat to outdoors work such as hacking off branches from trees. Although the term was originally used to refer to fixed-blade knives, the term utility knife was also given to folding or retractable blades that could handily be kept in pockets without risk of injury. Utility knives were originally developed for outdoor use but eventually evolved into the multi-use blades we know today, which can be used both indoors and outdoors. 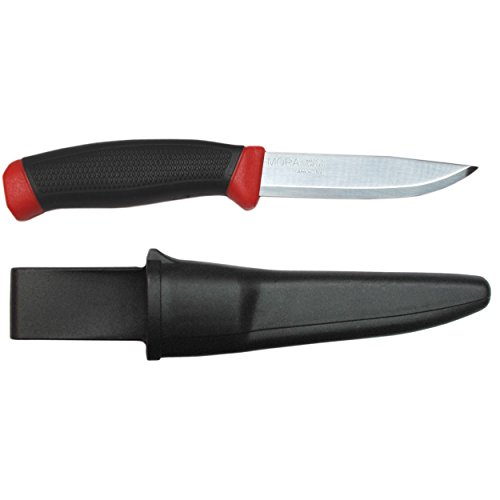 About Mora of Sweden

Mora of Sweden was founded more than a century ago by knife maker Erik Frost as Frosts Knivfabrik in the town of Mora. The Mora region was renowned as a source of some of the best-quality knives in the world, and Frosts Knivfabrik was dedicated to upholding this tradition of making quality knives using sword-smithing techniques that had been handed down through generations dating back to medieval times. Mora knives have become famous for their high functionality and were noted for their ability to hold their edge as well as being able to sharpen easily. Their blades are made with heat-treated steel, a manufacturing process developed in association with world leader Sandvik. Heat treatment utilizes the unique qualities of the metal to increase its durability while reducing the possibility of corrosion. Since Mora of Sweden was founded, the company’s knives have won a loyal following among hunters, campers, kitchen workers, and other people for whom a high-quality knife is a must.

The Morakniv Clipper Utility Knife is one of the most popular knives produced by Mora due to its unbeatable combination of high-quality features and affordable price. The main feature of the fixed-blade knife is its 3 7/8-inch carbon steel blade which is made with an alloy of carbon and steel that is known for its hardness as well as its ability to hold a sharper edge than other metals. In addition, the knife also boasts of a durable plastic-molded handle with Kraton grip. Kraton is a high-performance polymer that offers high elasticity while still feeling soft to the touch and having an excellent grip even when wet. The handle is black with red highlights that make it easy to find if dropped in the woods. It also comes with a plastic sheath with a clip that you can use to attach it to your belt for easy access to the knife.

In Amazon, theMorakniv Clipper Utility Knife has an average 4-1/2 stars rating from customer reviews. The majority of reviewers gave the product a five-star rating, citing the good steel the blade was made of as well as its affordable price which gives the knife a great value for money. They also cite its excelling cutting qualities as well as the knife’s versatility, which allow it to be used in the woods to make snare traps as well as cutting food in the kitchen. In addition, customers also noted that the knife was easy to sharpen.

If you want a knife that will give you good value for money, the Morakniv Clipper Utility Knife is the one that you should buy. It is a knife that will surely get a lot of use due to its high functionality, with its sharp edge that is very easy to sharpen, as well as its compact size and its versatility that lets you use it for a wide variety of jobs. While some users have complained about the quality of the sheath, there is virtually unanimous agreement about the quality of the blade. The Morakniv Utility Knife has a five-star rating. Click here to read other utility knife reviews.
[schema type=”review” rev_name=”Frosts Carbon Clipper Utility Knife” author=”Roger B. Blackburn” user_review=”5″ min_review=”0″ max_review=”5″ ]

Jeffrey
Recent Posts
How to Close a Pocket Knife? Step-by-Step Guide (2022)
10 Main Parts of a Knife – Learn Your Knife’s Anatomy
Japanese Knife Types & Their Uses [Everything You Ever Wanted to Know]