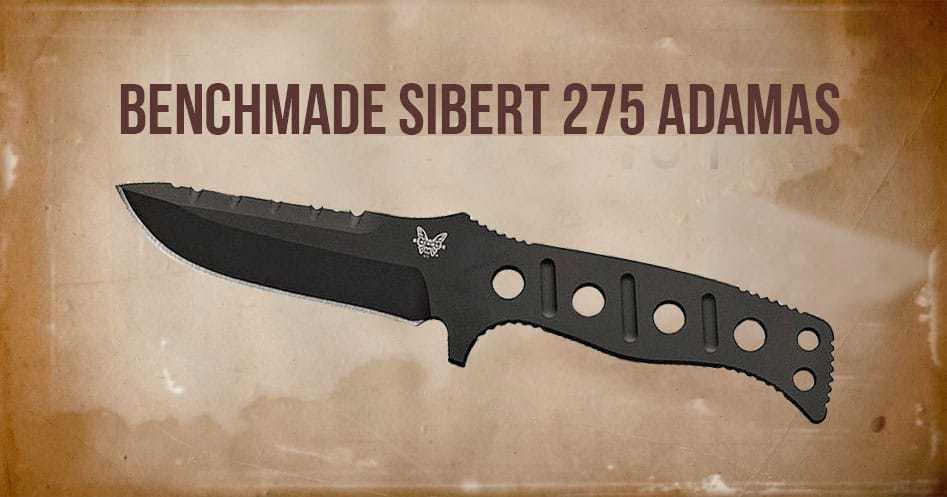 Benchmade’s (Sibert) Adamas knife is one of the top quality survival knives made in the US. It appears and feels much like a combat knife but the Adamas isn’t classified as military. Nevertheless, the feel, the sturdiness, and the quality give more value to its average price of $150. This Benchmade Adamas knives review will talk about the Benchmade company, features and benefits of the knife, as well as its user reviews.

Manufacturer and Designer of Adamas Sibert

The Benchmade Adamas Sibert is named after its designer, Shane Sibert, who designed it in honor of the patriotism of American soldiers. The manufacturing company Benchmade is a well-known knife company. Their work began with manufacturing Bali-Song knives in the late 80s and eventually spanned into a wide array of survival knives. Over the years, Benchmade has proven its brand’s quality to consumers and stayed true to its undying motto that many agree on: It’s not just a knife. It’s Benchmade.

The Adamas Sibert 275 is a pretty big folding knife and feels understandably aggressive. It is 8.7 inches in length and reduces into a 5-inch handle when folded. Even so, it falls under the Heavy Duty category, more popular to others as the Black Class. It weighs almost 8 ounces, and the handle is made of machined G10 aluminum. The handle color is sand and blends well with the black coat of the blade.

The Adamas rates pretty high on consumer reviews. Several online reviews put a lot of value in it for its great price and sturdiness. It appears very reliable for most users on quick deployment and has great physical appeal. On average, the knife costs between $160 and $180 which many people seem to like. Most tactical knives cost just as much but with no ambidextrous features. If there is any disadvantage about the Benchmade Adamas Sibert, it is that it feels a bit too heavy for some. Even with the good grip provided by the handle, the overall weight could cause a fumble in certain situations.

Overall, this knife rates high at 9/10. Its value rates at 9/10. Its performance is above average and rates at around 9.3/10 and overall quality at 9/10. It is almost the perfect combat or tactical knife but could probably rate higher or perfectly with some weight shaved off.