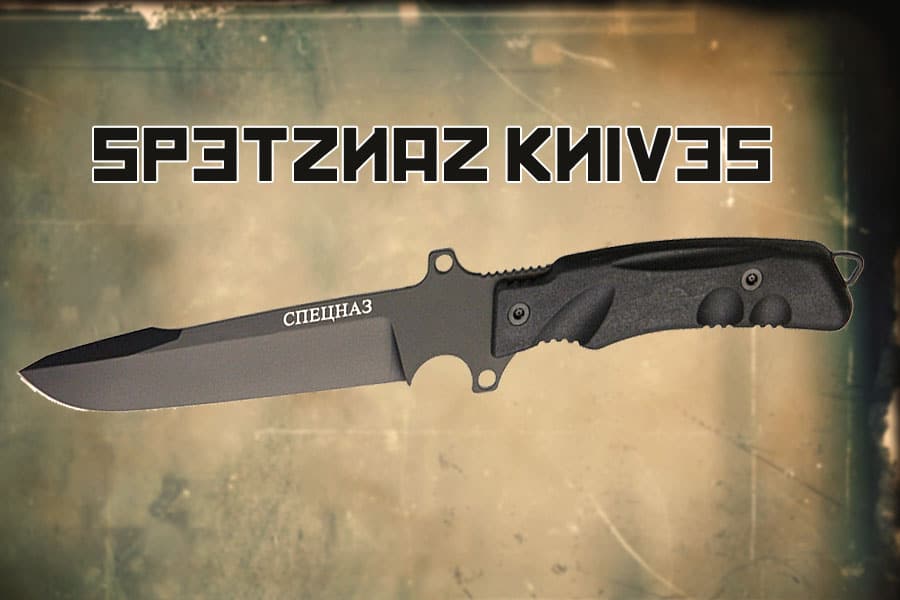 A real Spetsnaz knife is not a ballistic knife. A ballistic knife is a knife whose blade is propelled from the handle by a spring, gas, explosion, or some other mechanism. Spetsnaz knives are issued to the Russian special forces for field and garrison use. Like many other Russian and Soviet-era weapons, these knives are very interesting to Western knife collectors.

Actual Spetsnaz knives are not that easy to find, but we’ve got a few links for knives that are of equal technical quality and are styled after a Spetsnaz knife.

History of the Spetsnaz

What is a Spetsnaz Knife

The Spetsnaz knife was designed especially for hand to hand combat when a Russian soldier has depleted all ammunition. This is similar in purpose to the US Fairbairn-Sykes fighting knife of the WWII era. It has been used by the Russian special forces since the 1940’s and many different versions of the Spetsnaz knife are available for purchase in Russia as well as in the US. 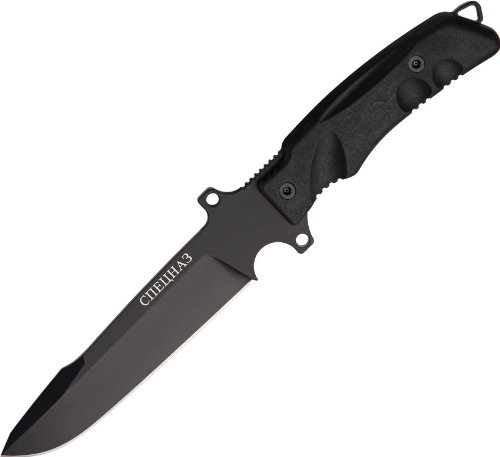 Here’s a link to our article on the Spetsnaz Machete!

Interest in the Spetsnaz Knife

Although interest in the Spetsnaz knife has been decreasing over the past few years, there has generally been a resurgence of interest in the knife since the cold war and certainly since WWII.  Part of the allure comes from the fact that these knives are relatively unknown. Also, they are used by the former head enemy of the US, which makes it somewhat cool.

Most Spetsnaz knives are made of 50Cr14MoVa and 70Cr16MoVaSi steel. These steel types are high end and very tough. It is made for long durability over heavy use. It also resists corrosion well however proper maintenance is still needed. These steels are very good at handling hard field work such as prying, cutting and tearing. The blade’s sharpness will last over a long period of use without the need for sharpening.

Not many resources are available in the west about the performance of these knives except the above. Most reviews and descriptions are in Russian.

Most Spetsnaz knives run from $200-$300 plus shipping. The price is due to it being produced for the government similar to how GI knives are very expensive compared to their civilian counterparts.

For a fraction of the price, an American can easily obtain a similar tactical knife that would do well in the field. KnifeUp has done a knife review featuring a former US Army Airborne soldier on which knives he recommends to other soldiers.

The Spetsnaz knife is a prestigious knife and has gotten a lot of attention from Westerners lately. The attention causes a large problem: most info on this knife remains in Russian. If you have any more data on these great knives, please leave it in the comment section below. (Are you interested in looking at awesome machetes?)

8 comments on “Spetsnaz Knives from Russia”