Florida statutes can be tough to navigate if you’re not sure where to look. Don’t worry, we did all the hard work for you. Below is what Florida Knife Laws says about knives in everyday English. It includes excerpts from the law as well as case decisions.

The law does not limit individuals from owning, selling, or buying any knife except for ballistic knives.

It is a crime to carry a concealed weapon without a permit. Concealed weapon means any deadly weapon that is outside of sight of others. Courts have found that deadly weapons are weapons that can cause death or grave bodily harm. So, what kinds of knives count as deadly weapons? What is a “common pocket knife? Well, the law doesn’t say so it is up to the courts to determine.

In addition to the physical characteristics of the knife, the courts also decided that how the knife was used and handled needs to be taken into account as well. In the case of Mims v. State, Mims was found guilty of carrying a concealed weapon for having a pocket knife in his pocket during a robbery.

These cases still do not present that clear of a picture of what type of knife is a weapon and the case of Bell vs. State in 1996 found that it is up to the jury to decide if a knife is a deadly weapon given the definition of a deadly weapon, the knife, and how the knife was used into consideration. Judges cannot make the decision.

The case of Hardy vs. State in 1992 found that a knife inside of a vehicle is not concealed if the knife and sheath are visible from the outside. Having a knife in the vehicle usually counts as having a concealed weapon but, if it is visible through the windows, it is not concealed.

What does this all mean? It means that you should stick to a plain 4-inch pocket knife, multi-tool, or box cutter. Any other type of knife can be illegal.

(1) It is unlawful for any person to manufacture, display, sell, own, possess, or use a ballistic self-propelled knife which is a device that propels a knifelike blade as a projectile and which physically separates the blade from the device by means of a coil spring, elastic material, or compressed gas. A ballistic self-propelled knife is declared to be a dangerous or deadly weapon and a contraband item. It shall be subject to seizure and shall be disposed of as provided in s. 790.08(1) and (6).

Ballistic knives are also illegal under federal law so it is best to stay away from them.

For the most part, Florida knife laws are easy. You can own any knife as long as it is not a ballistic knife and, if you keep your knives at home, you should be fine. You can also open carry any knife you want. You can conceal carry a knife that is considered a dangerous weapon if you have a permit to do so (see state statute F.S.A. § 790.06).Typically, you can carry concealed or open, any pocket knife with a blade under 4″ as long as your intent is not obviously malicious.   Conceal carry of most any type of knife may or may not be considered carrying a concealed weapon so watch out.

There are also local laws outside of this so look up the laws in your city as well.  Most cities in Florida have clearer guidelines on what is legal and illegal than the state law.

If you have a question, post it below. Note that this is not legal advice and I am not an attorney.  Talk to an attorney if you are looking for legal advice.

For more information on Florida’s knife laws, please consider a more in-depth resource like this: 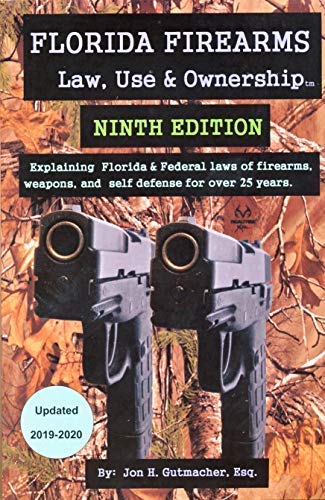