Put simply, this is one of the best and most popular EDC (“Every day carry”) knives on the market.  It has become popular among knife enthusiasts for its smaller size, ability to hold an edge, and excellent strength.  Perhaps its biggest weakness is its somewhat “cheap” feel in the hand, but it’s tough to argue with the 556's functionality and durability. 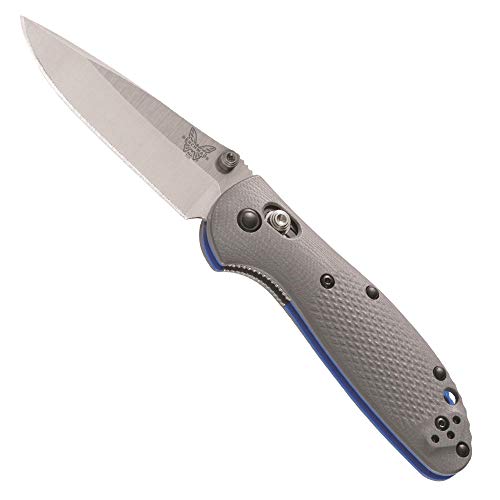 I buy all of my knives on Amazon.  Since Amazon has thousands of sellers, I feel like I’m more likely to get the best price available.  You can check the current Amazon price of this knife here.  Just don’t delay your purchase too long because Benchmade keeps raising the price of this model over time.

Who is this knife for?

The benchmade mini griptilian 556 is the right knife for serious knife enthusiasts who want a “daily driver” knife that is small in footprint, holds an edge extremely well, and who are willing to sacrifice slightly in the “surgical sharpness” department.  This isn’t the right knife for anyone who is very price sensitive, or who has unusually large hands.  While this mini griptilian review focuses on the 556 Mini Griptilian, there is also a combo edge version of this knife for those interested in a serrated edge; however, the vast majority of purchasers prefer this flat edge version.

The benchmade mini griptilian 556 blade is made entirely of 154CM stainless steel, which is made in the United States.  154CM is made to hold an edge extremely well.  Due to its roughness, it cannot be sharpened to “surgical sharpness” like VG-10 steel blades, but its strength makes it one of the best options available for a knife that will not dull easily.

The modified drop point blade shape is also designed for constant, general, everyday use.  The modified drop point has a gentle curve that lowers the tip of the knife, giving it extra strength for when you “accidentally” use your expensive knife as a screwdriver.  It also makes it excellent for slicing, which is needed in this knife since this model is not serrated.

Despite reading through hundreds of mini griptilian reviews from various retailers on this knife, I could only find one 1-star review anywhere on the web.  This knife is rated so highly by customers for the very reason that it is durable, reliable, and well-made.  However, no knife is perfect, and some durability concerns are valid with the 556.

While not necessarily an issue with the knife itself, a common way in which users can ruin this knife is by using the wrong type of sharpener on this knife.  To give the knife extra strength, it has a fairly large bevel or edge toward the top of the blade.  Those who use a knife sharpening system with set levels may find this bevel rubs excessively on the sharpening device.  If you aren’t watching carefully, this can lead to damaging the blade.  It’s recommended to use only hand-held sharpeners (stones) when working with this pocket knife.

I also find that the pivot screw on this knife can come loose frequently.  Then again, I suppose this is true of just about all folding knives.

You can manage not to like some things about the 556, but it would be difficult to fault the easy one-handed operation of the AXIS lock.  It’s rock solid and smooth as butter.  Once you get the feel of the AXIS lock, it would be difficult for most knife enthusiasts to go back to a lockback or liner lock ever again.  The solid “click” of the knife lock is reminiscent of the sweet sweet sound of a shotgun’s action.  Puts hair on your chest I say!

Benchmade describes how the lock works: “AXIS® gets its function from a small, hardened steel bar which rides forward and back in a slot machined into both steel liners. The bar extends to both sides of the knife, spans the liners, and is positioned over the rear of the blade. It engages a ramped, tang portion of the knife blade when it is opened. Two … springs, one on each liner, give the locking bar its inertia to engage the knife tang. As a result, the tang is wedged solidly between a sizable stop pin and the AXIS® bar itself. Available in manual, assist or automatic configurations.”

Aside from the ease of use, the AXIS lock is also safer for one-handed operation as it keeps the fingers further from the blade when retracting.

For a deeper look at just how the AXIS lock works, check out the video below.

The AXIS lock mentioned above is a big part of what makes this knife so usable, but there are other features of note as well.

As you might expect, this knife is made to be completely ambidextrous with a switchable clip and thumb post.  However, the black clip included with the knife cannot be inverted, meaning the knife must be carried with the tip of the blade facing up and not down.

Sizing Up the Competition

First of all, the 556 has to be compared to competition from within Benchmade.  The larger 551 is more appropriate for serious and consistent use on a farm, by workers who use knives frequently, or anyone with significantly larger hands.  On the other end of the spectrum, Benchmade makes a variety of smaller knives as well, but few of them could be considered an EDC knife by any real man (insert Crocodile Dundee quote: “That’s not a knife!”).  The 553 is also a reasonable alternative to this knife, and comes with a tanto blade–far less practical for everyday use, but makes you feel like a man.

Compared to EDC knives from other manufacturers, the 556 still does well.  Compared to the Spyderco Native, I’d give the 556 the edge for its excellent lock and durability.  However, it’s tough to put the 556 next to a more expensive Spyderco knife and not notice the Spyderco’s superior looks.  For the especially old, or the die-hard rednecks, a buck knife is also a contender for the best EDC knife but falls short for its antiquated lock and average looks. 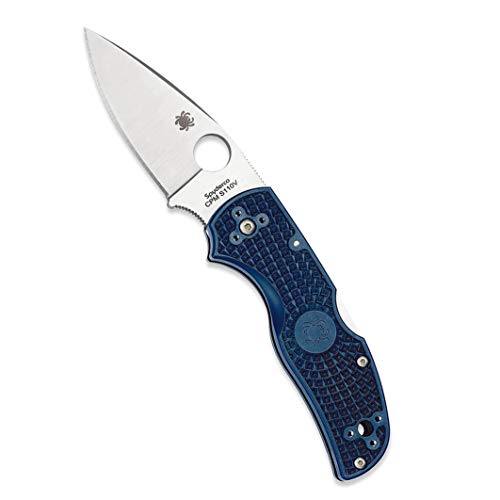 For some, however, the premium knife market will command too high a price.  In that case, some less discerning users will opt for much cheaper knives like the TAC Force TR-705, which is 1/8th the price of the Benchmade 556, but not even in the same category as far as quality is concerned.  But, for some, a throw-away knife is the right choice. 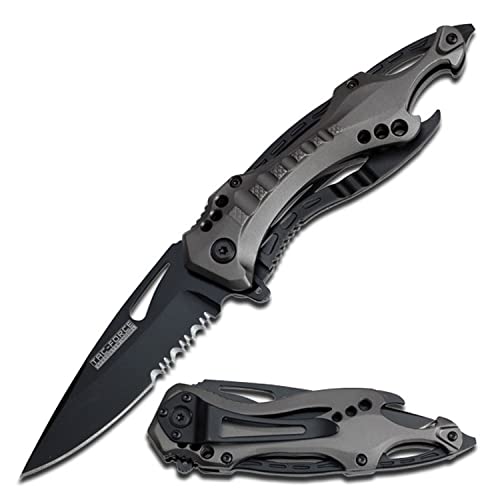